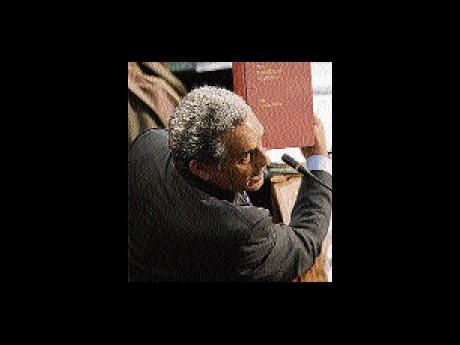 Richard Lake, former member of CTL board, makes a presentation on Tuesday to a special select committee of Parliament. The committee was examining the Betting, Gaming and Lotteries Commission Act and the Casino Bill. - Ricardo Makyn/Staff Photographer