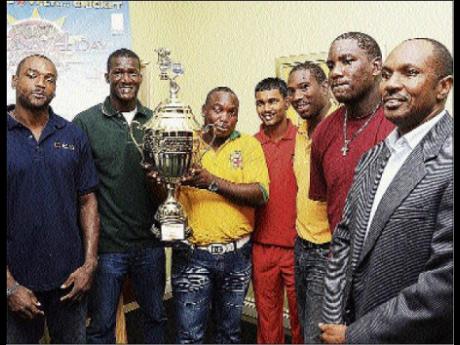 West Indies Cricket Board (WICB) vice-pre-sident Dave Cameron, pleaded for understanding following the board's decision to scale down the regional four-day championship to one round of matches.

Cameron was addressing a gathering of team officials and media personnel at the Knutsford Court Hotel in Kingston, at the competition's launch yesterday.

The WICB official explained that the decision, which he described as a financial one, was necessary in light of what is expected to be a rough year for the WICB. He also sought to assure that the WICB is looking to return to the two-round format that was employed last year that saw teams playing a total of 12 games, as opposed to the six that each territory will play this season.

Cameron said: "It's (decision) just financial. We are hoping that we can get back to playing two rounds but the reality of the situation is that we are going to have a rough year with our finances, having increased the fees to players and so on. It's the best decision at this point that we could have taken.

"It's an extremely difficult situation for us," Cameron continued. "The West Indies Cricket Board only earns revenue when the West Indies team plays at home. The maximum revenue comes from India, England and Australia and we actually lose when we play the other teams. This year we will be hosting Zimbabwe and South Africa so we will be losing. So the WICB is faced with some challenges."

The competition will get underway tomorrow, with matches being played simultaneously at three different venues across the island.

Defending champions Jamaica will welcome the Windward Islands at Chedwin Park in St Catherine; while Trinidad and Tobago will contest Combined Campuses and Colleges at Jarrett Park; and the Leeward Islands will play Barbados at Kensington Park in Kingston.

Subsequent rounds will be played in other territories with the eventual champions pocketing US$10,000 and the Headley/Weekes Trophy.

Meanwhile, Jamaica Cricket Association (JCA) president, Paul Campbell, welcomed the opportunity to host the tournament's first round and is looking forward to setting the stage for other territories to follow, in terms of successfully executing their responsibilities as hosts.

"This is very important to us. It is big and we are going to be setting the stage for the other host territories. If we are successful here, then I know it's going to be a success in terms of repetition across the Caribbean," said Campbell, who is also a WICB director.

"I want to appeal to all parties in terms of spectators and so on to come out to the games. For the first time in a long time we will be having coverage on the radio so that's a good start for us."