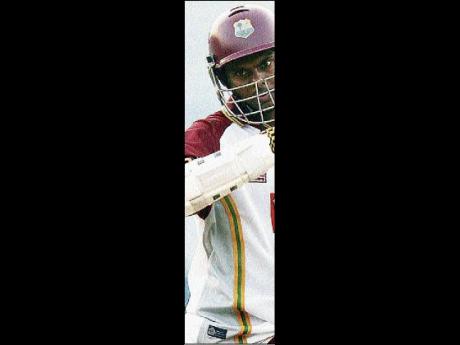 Marquee West Indies batsman Shivnarine Chanderpaul has been ruled out of Guyana's opening match of the West Indies Cricket Board four-day competition through injury.

The 35-year-old left-hander has not fully recovered from a finger injury he sustained on the recent tour of Australia and will sit out the second-round match against Trinidad & Tobago in Antigua next week. Guyana have drawn a bye for the first round in Jamaica.

Chanderpaul, the second-highest West Indies run-scorer in Tests with 8,669 runs, has been replaced by Vishal Singh.

Chanderpaul's recovery time was expected to be four weeks but he informed selectors that the treatment on the injury was inadequate and, as a result, the ligament had not fully healed.

Despite the presence of captain Ramnaresh Sarwan and his Test colleagues Narsingh Deonarine and Travis Dowlin, Chanderpaul's stability will be missed from the middle order, especially against a strong Trinidadian line-up.

The pint-size Singh, meanwhile, who played a single first-class match against Barbados at Providence last April, has been in tremendous form for his domestic side Demerara and will be champing at the bit.

Guyana will be hoping for a better showing this year after finishing bottom of the standings on 33 points last season.