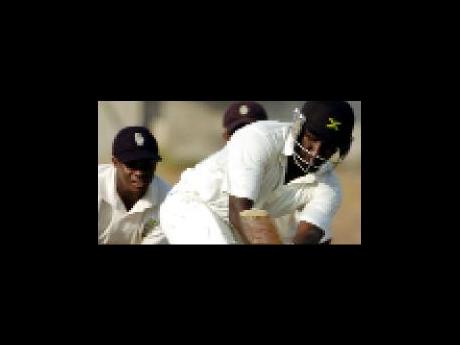 Hinds (right) bats during his innings of 75 against Barbados in the WICB Regional Four-day Championship match at Kensington park earlier this year.

Sarwan and other current West Indies players Kemar Roach and Sulieman Benn made the cut yesterday for the IPL auction on January 19.

The eight IPL franchises chopped 45 players from the initial list of 96 players who had submitted their names for the 2010 edition.

Two other West Indians, Tino Best and Carlton Baugh, who had submitted registrations for the third IPL auction, were not among the final 51 players up for the auction.

"IPL accepts no responsibility of any kind whatsoever to the player in this regard," the IPL said.