Sagicor to investors: 'We're not in trouble' 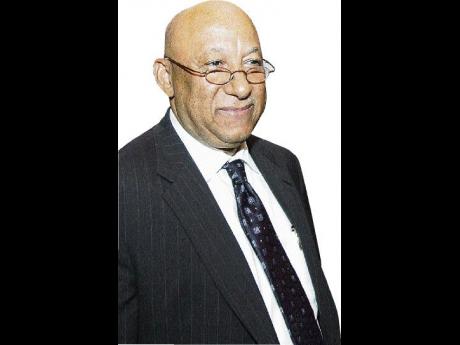 Moving to scotch speculation that it might be in trouble after two deals to raise cash, Sagicor Financial Corporation (SFC) said Thursday that it merely needed capital to fund its expansion in the United Kingdom (UK) and the United States (US) and had chosen private negotiations over a rights issue to cut back on the cost of raising new equity.

But the insurance and financial services group acknowledged that the private placement in which it issued shares to Barbados National Insurance Board (NIB) would result in a four per cent dilution of SFC shares held by other investors.

That deal in December follows disclosure of the sale of its 33 per cent interest in Jamaican investment bank Pan Caribbean Financial Services to Pan Caribbean's parent Sagicor Life Jamaica Limited for more than J$2 billion, back in October.

The 11.77 million share placement effectively increases NIB's stake in Sagicor to 6.8 per cent from 2.6 per cent.

Sagicor said its 2009 business plan was configured on new share issues in target markets where its stock trades, Barbados, Trinidad and the UK, to finance acquisition of "diligently selected opportunities" primarily in the US and UK.

But: "After several months of working on the plan, we, along with our advisers, formed the view that market conditions were not appropriate for capital raising," SFC group chief executive said in a statement dated January 6, but issued in Kingston Thursday morning. "Companies that had proceeded with a plan to raise capital did so at substantial discounts on their share price, ranging from 10 per cent to 30 per cent. The board believed that this was not in the best interest of our shareholders and, therefore, postponed the capital raising exercise, and adjusted our business plan accordingly."

Miller said SFC put out feelers to several institutions in Barbados and Trinidad, before settling on the insurance board in its home market.

The deal does not mean that SFC is in financial difficulty,the company said, adding that free capital exceeds regulatory requirements and that total capital had risen from US$581 million at yearend 2008 to US$661 million at September 2009 - a 14 per cent gain in nine months.

Miller also touted the group's 'A' grade from insurance rating agency AM Best, and 'BBB' from Standard and Poor's as further evidence of its strength.

Total assets also grew by half a billion dollars to US$4.4 billion.

Its nine-month profit, however, was down from US$74 million to US$60 million in 2009. Miller said the 2008 results were boosted by "certain unusual items" which he did not specify.

Referring to questions raised in the press on the company's health, Miller, having posed the question, "Is the company in financial difficulty?" in his statement, said: "The answer is no."

SFC chose not to have existing shareholders participate in the new share issue by way of a rights issue, the company having concluded it would not be able to raise the targeted funds via this strategy.

The placement with NIB, Miller added, required no pre-approval by SFC shareholders.

"Once the decision to pursue this course of action was taken, the laws of Barbados permit directors to issue new shares by means of a private placement with NIB shareholder approval, and without first offering the shares to existing shareholders," he said.

The stock last traded flat in Trinidad at TT$11.75 Wednesday and at BDS$3.46 in Barbados Tuesday.