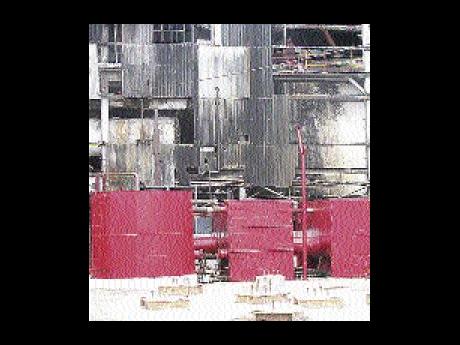 The Monymusk sugar factory began grinding cane this week, and is working with a set target of 37,000 tonnes of sugar from 426,000 tonnes of cane - a tonne cane tonne sugar or TCTS ratio of 11.51.

The factory is still undergoing major rehabilitative work, but key equipment have been replaced at a cost of $500 million.

Sixteen of the 18-mill rollers used for crushing cane have been replaced, as well as chains and carriers at the cane receival stations.

Factory operators also say that Monymusk will likely be less dependent on Bunker 'C' oil and Jamaica Public Service Company for power to generate steam with the retubing of the boilers.

The equipment at the processing house, where the cane juice is converted to sugar, now has new centrifugal baskets and clarifiers, while some $300 million worth of equipment was transferred from the defunct Bernard Lodge estate in St Catherine.

"What we did was identify five major areas, which were the biggest cause of the losses; those were the areas that we targeted as a priority to reduce cost,"

"John Gayle, general manager of SCJ Holdings, told the Financial Gleaner after a tour of the factory Wednesday.

"There are other areas, like the overall factory building, some steam lines, pumps and motors that we have to work on going forward, but given that we could not do everything with the time and the kind of funding, we decided to deal with the areas first that will give us the biggest factory gains."

SCJ will next reroof sections of the facility.

Of the targeted output, 20,000 tonnes of sugar will be bagged for the domestic market, while the remainder will make up the pre-purchased order from Eridania Suisse SA, which has a contract for 79,000 tonnes on which it prepaid US$15 million.

That order is to be filled by the Monymusk, Bernard Lodge and Frome factories, but on Wednes-day, SCJ said Frome had to suspend the harvesting of sugar cane for the next 10 to 15 days, to allow for the drying out of the rain-soaked fields and for cane quality to improve.

The suspension, which began Thursday, is due to last month's persistent rains in cane growing areas.

"This is strictly a business decision," said Aubyn Hill, chairman of SCJ Holdings, "to ensure a quality conversion rate."

The factory is striving for a TCTS ratio of about 7.5 to 8.0, but is said to be producing sugar at 9.0 and above because of the poor quality of the feedstock.