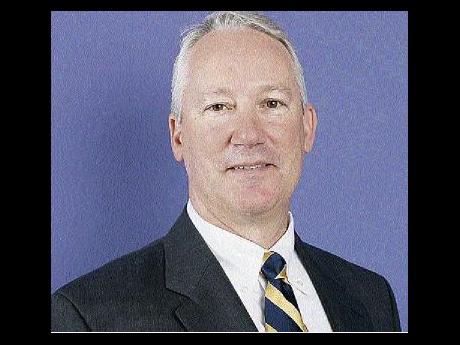 Guardian Holdings Limited (GHL) has shed two more subsidiaries, Gibraltar-based insurance carrier Zenith Insurance Plc and GHL Insurance Services UK Limited, but said the transactions should not be viewed as a pull back from the European market but, rather, the shedding of underperforming assets.

GHL did not disclose the sale price attached to the disposal of the European assets or the party purchasing the two companies, but said the agreement was finalised on December 31.

Closure of the deal is subject to regulatory approval, which GHL said could happen in another month or two. Gibraltar is a self-governing British territory.

"The sale of Zenith, and GHL Insurance Services is consistent with published comments to our shareholders that we intended to sell these businesses by end of 2009, due to the fact that they were underperforming and not meeting the group's required rates of return," GHL Chief executive officer Jeffrey Mack told the Financial Gleaner.

"It is important to note that this does not represent a pull back from our commitment to the European market. Guardian is still a major owner of a Lloyds managing agency called Jubilee Managing Agency Limited and is the majority provider of capital to its main syndicate 5820."

Jubilee is part of United Kingdom-based Appleclaim Limited, in which Guardian has 38.55 per cent interest. Its stake in Appleclaim is held by a Bermuda-registered reinsurance subsidiary called Colrich (SAC) Limited.

GHL has already written-off Zenith - a company that it owned for just four years, having acquired it back in January 2005 - sayingback in November, that a TT$896 million loss booked at September 2009 was mainly related to goodwill and net asset value of the Gibraltar operation.

Mack, a board director who was tapped to run GHL in 2008 at a vulnerable point in the company's history, is leading a restructuring effort to strip the group of underperformers and leverage those with potential.

"Contrary to our experience with Zenith, Jubilee has been an excellent performer and we are committed to this business," he said.

Guardian said, in 2008, that Zenith booked a small profit, but the insurance group still recorded a TT$257 million impairment charge against the operation saying it "was necessary to bring the group's goodwill asset in line with future expectations for the performance of this business."

Zenith does business through the intermediary market in the United Kingdom. The policies are underwritten by Zenith and administered by GHL Insurance Services.

The businesses fall under the GHL Europe division, which in 2008, accounted for 15 per cent of the company's TT$5.7 billion of gross premium income. Other UK operations include Appleclaim and 100 per cent ownership of Nemwil International Insurance Services Limited.

For the quarter ended September, GHL suffered a massive loss of TT$715.5 million, due primarily to the write-off of Zenith, but since then, has been aggressively restructuring a recovery plan for its operations, erasing half-year gains. The nine-month results reflected losses of $$655 million.

Guardian has restructured its investment portfolio to reduce its exposure to equities, while taking on less risky fixed-income securities and bonds. And its turnaround plan includes new acquisitions to rebuild its portfolio of assets, as well as a TT$100 million splicing of operational expenses in 2010.

But it does not, Mack said Tuesday, include plans to exit the Jamaican market, where he said the businesses are thriving.

"First and foremost, there is absolutely no truth to any rumour that Guardian Holdings is pulling out of Jamaica, or has plans to pull out of Jamaica," said the group chief executive officer.

"We have thriving businesses in Jamaica, Guardian Life, Guardian Asset Management and West Indies Alliance. All of these businesses performed very well in 2009," he said.

The insurance group also has a minor 24 per cent interest in Ocho Rios Beach Resorts Limited.

Jamaica contributes about 10-12 per cent of the group's revenue. Under the cost-cut programme, GHL is looking to bring all three New Kingston-based operations under one roof to cut back on overheads.

GHL, whose business focus is in life, health, property and casualty insurance, pensions and asset management operates across the English and Dutch Caribbean and Latin America.