IMF letter of intent likely bound for Washington next week 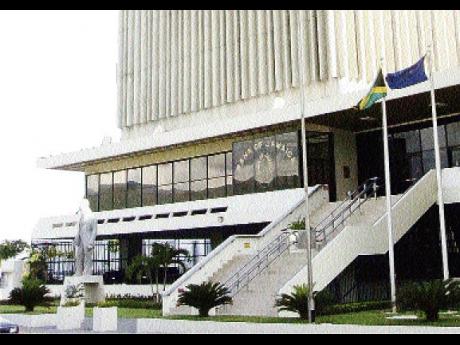 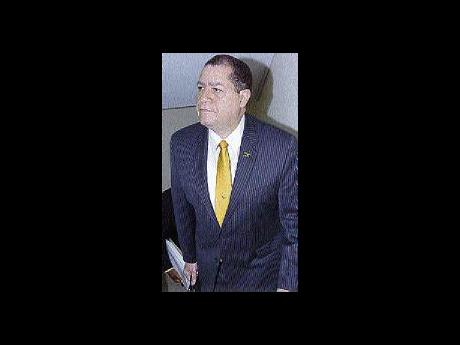 The Government has sent clear signals this week that it is now ready to sign off on its letter of intent to the International Monetary Fund (IMF) for a US$1.3-billion stand-by agreement for 27 months.

The draft letter of intent will be presented to the Cabinet for consideration at its four-day retreat this weekend. Thereafter, the letter will be signed next week and submitted to the IMF for further internal review by senior members of the IMF staff and circulation prior to being consi-dered by the IMF executive board at its meeting on or around January 23, 2010, said well-placed sources.

The parliamentary debate, which will be scheduled on or after January 19, will provide details about the conditionalities of the proposed IMF agreement, and the medium-term economic framework underpinning the agreement.

However, even if there are substantial points raised by the Opposition during this debate, these will not have any bearing on the intended IMF agreement, as it is now basically a done deal.

A statement issued in mid-December 2009 by the head of the IMF team that has been in negotiations with the Jamaican authorities, indicated that the agreement would include the following measures:

GCT exemptions on rice and counter flour will be maintained

Measures could also include a mixture of controls on public-sector salaries, some tax increases, as well as cuts in other spending

The programme also allows for an increase in social safety net spending to protect the most vulnerable, in particular, a 50 per cent rise in the budget of the Programme of Advancement through Health and Education (PATH) cash transfer and the school feeding programmes

Additional reforms are envisaged to strengthen the resilience of the financial sector.

There have been consistent indications out of Washington that there is some disagreement among members of the IMF staff on the impact of the proposed debt-management programme on the stability of the financial sector.

Debate in Jamaica and Washington has been centred on the possibility of bringing interest rates as low as 8.0 per cent, but that suggestion is gettingstrong resistance, our sources say.

A more palatable 12-13 per cent goal is under consideration for fiscal 2010/11. The central bank is projecting inflation at nine-11 per cent in that period.

However, both Finance Minister Audley Shaw and Bank of Jamaica Governor Brian Wynter, have downplayed these concerns, pointing to the strength of the monitoring and risk-management systems of the central bank and its ability to manage any particular hiccups in the execution of the debt-management programme.

Assuming, therefore, that the IMF executive board approves the Jamaica stand-by facility at its meeting in late January, it is expected that the government will move swiftly to finalise pending financing arrangements for budgetary support with both the World Bank and the Inter-American Development Bank (IDB).

In this regard, a World Bank mission is currently in the island discussing details of a US$100-million loan facility, and indications are that the IDB is in a position to fast-track several pending loan facilities that have been awaiting the signing of the IMF agreement, prior to these loans being presented to the IDB board for approval.

However, there will be a time lag before the receipt of the funds from the multilateral lending agencies, and as a result, Shaw has indicated that the Ministry of Finance might have to resort to tapping the BOJ for more short-term support during January in order to cover any shortfall in revenue/grant receipts during the current month.

During November and December 2009, the BOJ extended credit to the Government through a temporary advance of $5.1 billion in November, and a further $18 billion in December 2009 when the bank purchased tradable Government of Jamaica (GOJ) securities from two GOJ public offers on December 15. The central bank, through a news release on December 30, has been careful to make a distinction between the advances made in November and the purchase of tradable securities in December.

According to the release, $2.5 billion of the amount was repaid in December, with the remaining $2.6 billion being converted to securities.

The BOJ governor indicated at a meeting with senior journalists at the bank on Wednesday that, as the market receives and digests the details of the IMF agreement and the medium-term economic framework, confidence should return to the market and over the coming months.

And, as demand for GOJ securities once again increases, the BOJ expects to sell some or all of the instruments in its holdings back into the market.

As at December 23, 2009, the BOJ balance sheet indicated that the BOJ had accumulated year-to-date profits of $5.35 billion.