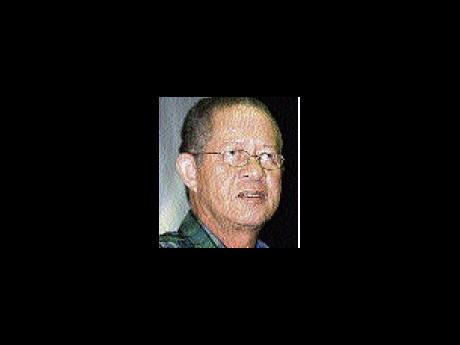 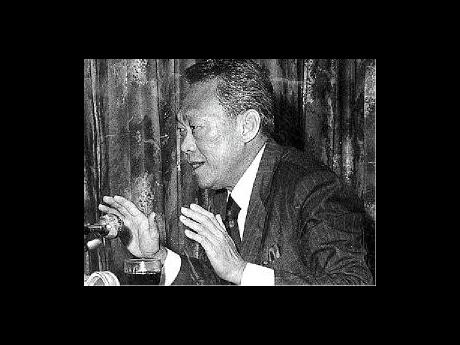 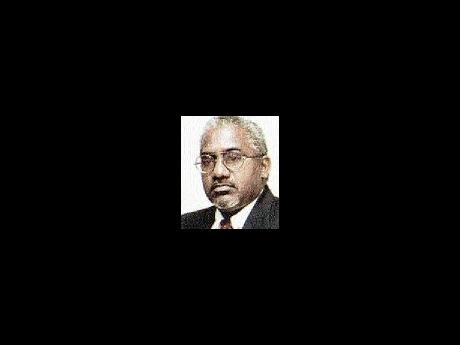 It is fashionable to compare Jamaica's 'underdevelopment', with Singapore's rise. Recently, Richard Byles of Sagicor Life Jamaica Limited, made the comparison: Jamaica off track, rudderless without a plan.

Yet comparisons without specifics are problematic; like a doctor prescribing medication dosage irrespective of patient age, weight and allergy history - complications could kill. To emulate, we must identify and avoid potential pitfalls.

Lee Kuan Yew discusses Jamaica after his 1975 visit for the Commonwealth Heads of Government conference. Dedicating 22 of 691 pages to experiences 'Inside the Commonwealth Club', Jamaica warrants two paragraphs on three-quarters of a page.

"Prime Minister Michael Manley, a light skinned West Indian, presided with panache and spoke with great eloquence. But I found his views quixotic. He advocated a 'redistribution of the world's wealth'. His country was a well-endowed island of 2,000 square miles, with several mountains in the centre, where coffee and other sub-tropical crops were grown. They had beautiful holiday resorts built by Americans as winter homes. Theirs was a relaxed culture. The people were full of song and dance, spoke eloquently, danced vigorously, and drank copiously. Hard work they had left behind with slavery," he wrote.

Lee tells of a Sunday afternoon walk "out of the barbed wired enclosure around the hotels used for the conference to see the city on foot".

He was stopped by a "Chinese Jamaican, speaking Caribbean English". He was a real estate agent, having a tough time.

"Chinese, Indians, and even black Jamaican professionals felt that there was no future under the left-wing socialist government of Michael Manley. The policies of the government were ruinous."

Lee wished him luck, but not before noticing "the black Jamaican security officers covering me turning aggressive in their body language."

The quotes are from Lee's unapologetic description of how he managed affairs and power in moving From Third World to First: The Singapore Story 1965 - 2000.

Issues arise from Lee's perception of Jamaica. Factual error and 'tourist' interpretation of the country and society is evident; not the analysis one usually associates with Mr Lee. He never saw Jamaicans in the cane piece, on hillside plots, or moving farm produce over hills and valleys in the wee hours of the morning to get to Coronation market.

Chain-link fencing surrounded tennis courts and facilities, but no barbed wire enclosed hotels of the conference venue. Holiday resorts weren't built by Americans as winter homes. They were hotels for the tourism industry. His perception of the body language of his black Jamaican security detail, and listening to a Chinese Jamaican real estate agent unhappy with the Manley regime squares with reality.

In the book's foreword, Henry Kissinger speaks of scores of emerging states after 1948, making international politics and economics truly global. Technology made real time participation in world events possible for every country. What interaction among countries lacked was understanding.

It "is often overlooked that the institutions of the West did not spring full-blown from the brow of contemporaries but evolved over centuries which shaped frontiers and defined legitimacy, constitutional provisions, and basic values."

Conversely, institutions of most post-colonial states were created whole. They had no history comparable to those of the West where political conflicts were moderated by overriding national purposes.

Circumstances in post-colonial states were also much more complex, particularly when comprised of diverse ethnic groups. Lee Kuan Yew, Kissinger argues, highlights differences between Western individualism and "the priority for social cohesion" in Singapore. All Lee asks is for us to "refrain from imposing (our norms) on societies with different histories and necessities."

As Mr Lee tells it, he wrote his book for younger generation Singaporeans who took stability, growth, and prosperity for granted. They shouldn't forget "that public order, personal security, economic and social progress, and prosperity are not the natural order of things, that they depend on the ceaseless effort and attention from an honest and effective government that the people must elect."

Independently, our historians and social scientists - economic, social and anthropological - have identified these 'different histories and necessities'.

Our major problem is that our leadership, in most spheres, has never been able to weave together a set of arrangements capable of cohesive effort at productive growth. When Mr Lee describes Michael Manley as quixotic he speaks from an entirely different perspective: formative years in pre-war Singapore, experience of Japanese occupation, Communist upheavals, as he calls them, and racial problems during Singapore's two years in a federation with Malaysia.

Manley's humanity and vision, struggle for equity and justice are all indisputable. Mechanisms of attainment, however, obviously failed; so have successors of both parties. Our current situation seems no better. There appears to be blurred vision, an absence of thoughtful and structured communication.

2010 requires we seek that cohesion among diverse and often contradictory elements of our society whose objectives, once coordinated, might achieve harmony alongside democracy.

Lee Kuan Yew's opponents in Singapore claimed he operated with an iron fist, generally with no velvet glove.

Undoubtedly, Jamaicans would not warm to such an approach.

Nevertheless class, race, colour and other divisions must be understood and 'managed' if not overcome, for sustainable development. Jamaica's developmental problem cannot be simplistically subsumed under categories like interest and exchange rates or, in general, the economy.

The form Jamaican capitalism takes must be capable of overcoming potentially destructive conflict embedded in our specific 'history and necessities'.

They know honest and effective government can deliver, but despair. They feel powerless and dejected.

Honesty and effectiveness of government and private sector supporters are absent among the cadre of modern successors to anti-colonial nationalists who struggled for independence. This is a core opinion discernible throughout the region.

In this Gleaner photo taken May 1975, Prime Minister of Singapore Lee Kuan Yew speaks at a press conference shortly after delivering his final address to the Commonwealth Heads of Government meeting in Jamaica. - File