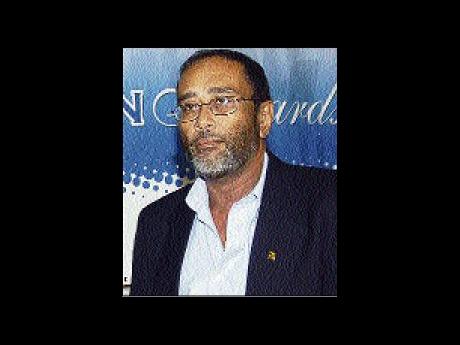 The Small Contractors' Programme, a long-standing initiative of the National Housing Trust (NHT) to provide jobs at the community level, was the likely casualty of an alleged racket unearthed by the Office of the Contractor General (OCG).

"The allegations relate to the Small Contractors' Programme," asserted chairman of the NHT Howard Mitchell.

Mitchell spoke with The Gleaner after he and the board he heads were given formal documentation, further extending their tenure, which had ended on December 31, 2009.

The Gleaner understands that the issue of the board's long-term tenure is on the agenda of the Cabinet retreat this weekend.

The alleged scam has been described by Contractor General Greg Christie as a criminal conspiracy.

No staff member of the NHT has been given the boot but those named in the allegations have been sent on leave.

However, a director who worked at the OCG for 18 years has reportedly confessed to involvement in the racket and has been fired.

Mitchell stressed that the allegations of fraud would not affect the continuation of the Small Contractors' Programme, which facilitates contracts of $4 million and below.

"It is vital to communities and the economy," Mitchell asserted.

The NHT chairman told The Gleaner in an interview that under the programme, the NHT targets qualified contractors from the communities in which the activities are scheduled to be done.

He said the NHT targets small contractors to construct, among other things, roadways, culverts and drains.

"In an effort to stay in a locality, we go into affected communities and apply for qualified contractors ... that is where the qualifications were falsified," stressed Mitchell.

The NHT chairman emphasised that while the NHT was cooperating fully with the police, the trust had initiated an independent probe into the allegations made by the OCG.

"Employees' names and particulars may have been used without their consent or they may have colluded to carry out illegal activities; at this time, we can't say."

Mitchell said the allegations would in no way affect the mass-housing programme he announced in September.

He said the NHT was still on target to construct 12,000 houses over a three-year period.

He further disclosed that tenders had been sent out for areas in which some of the houses are to be built, while infrastructural work was being done in others.

The NHT was thrown under the spotlight yesterday when the OCG, in a release, said a contractor was funnelling funds to his business by using four other fraudulent contractors to apply for projects.

Senior investigators are also probing reports that the lives of two members of the OCG, including the officer spearheading the probe, have been threatened.