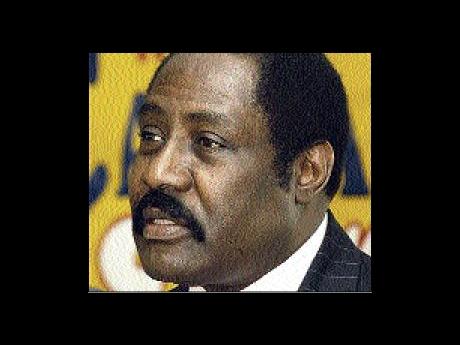 With the friendly international against Canada inside the National Stadium just over two weeks away, president of the Jamaica Football Federation (JFF), Captain Horace Burrell, is working feverishly to secure another match for the nation's senior footballers in February, as they look to reverse their miserable slide down the FIFA world rankings.

When the Reggae Boyz tackle their northern rivals on the last day of the month, they will do so as the number 81-ranked team in the world after their recent seven-place plummet, as a result of a disappointing 2009, which saw them winning only four times in their 11 outings throughout the year.

The Theodore Whitmore-conditioned team got the better of the likes of Panama (3-2), Cayman Islands (4-1), El Salvador (1-0) and St Kitts and Nevis (1-0). They suffered 1-0 defeats to Canada and Costa Rica, respectively, while drawing with South Africa, Haiti, Nigeria, El Salvador and Ecuador.

As things stand, the team will need to play regularly against better-ranked opponents and secure favourable results if they are to correct their current ranking which, additionally, poses threats to national players who have ambitions of playing club football in Britain, in particular.

Plans are still unclear at this point but Burrell is searching far and wide for willing opponents for the not-so-appealing Boyz. With the team's failure to qualify for the World Cup and the fact the there are no FIFA-approved match dates for the month of February, Burrell and his staff are facing an uphill task. However, the former army man is remaining hopeful that he can secure a game from somewhere, somehow.

"We are looking everywhere really, it's not a FIFA date, plus the fact that we have not qualified for the World Cup, which makes it extremely difficult for us," said Burrell. "To date, we do not have any confirmations, but I am extremely hopeful that we will be in a position to announce something within the next seven days or so. We are in discussions and, hopefully, we will have some good news."

It is unclear at this point where the game will be played or the dates that are being looked at, as Burrell explained those will depend on the preferences of whichever opponent is eventually secured.

"We are working around the clock but, as it relates to where the game will be played, again we are not making any restrictions; we will play at the convenience of our opponents," Burrell explained. "If the game is going to be played at home we would more likely look to have it played towards the end of the month, but if it's going to be played overseas we will play at the convenience of the host country."