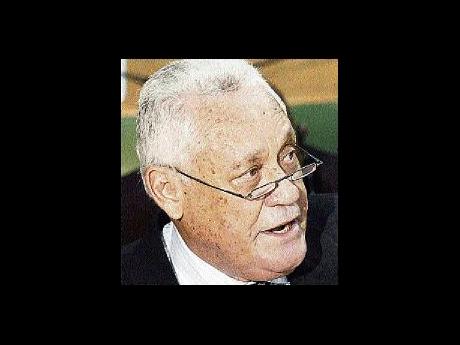 Humble Lions continued their gradual improvement in the 2009-10 Digicel Premier League season with a creditable draw against Arnett Gardens at the Anthony Spaulding Sports Complex on Wednesday night.

The team out of Effortville in Clarendon has now more than doubled the points tally it had in the first round. They managed only seven points in the first round (11 games) but on Wednesday picked up their 15th point in 10 second-round matches.

Narado Brown netted for Humble Lions in the 58th minute but Kevin Wilson stole a point for his team in stoppage time.

Club president Mike Henry said he has big plans for the club and the Effortville community in which it is based.

"I am building a community club on the Real Madrid type of structure," Henry said.

He added: "I think the community has become stronger in its support of everything. What we are setting up is a shares structure at the club, where a number of the shares will be assigned to the community. If we build up the community attendance, over a certain level, we will be sharing that among the players and the club. In addition to that I am building up supporting mechanisms to earn money in relation to the promotion and development of football, starting from age 14."

There are also other ventures being undertaken in the community to subsidise the club. Henry, who is also minister of transport and member of parliament for the area in which the Humble Lions team is based, will also be soliciting the support of overseas-based football clubs.

"It is an overall structure that I am trying to build ... using my overseas contacts I can begin to have a supporting mechanism with international clubs," he said.

President of the Arnett Gardens Football Club, Omar Davies, said some decisions will be taken lift the struggling team as the season continues.

Davies said: "Neither in politics, nor life, nor football, I am not rushed. We are in a serious situation ... but we will take the appropriate decision when it is right. We have introduced some youngsters into the line-up and you are going to see more of that. We will be doing some cutting, I have analysed the error we made.

"We kept too many senior players without blooding any young ones and we are going to correct that. We have a competitive under-21 team and many of them will be operating in the under-21 (team) as well as the Premier League."