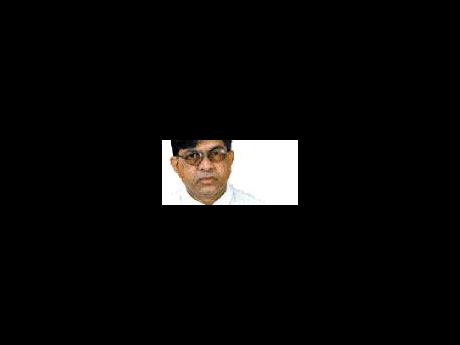 
If West Indian author C.L.R. James were alive today he would certainly be tempted to go 'Beyond A Boundary' and write 'Beyoncé A Boundary', given the hullabaloo, hype and histrionics over the staging of a performance by Beyoncé Knowles in Trinidad on February 18, 2010.

Without the stage as their domain, would Lara and Yorke try to upstage Beyoncé? Would they find her a good LAY or merely LAY down, take their money and run? Whatever happens, the company's workers and other interest groups are not 'dangerously in love' with the idea. They are calling on the Government to LAY down the law to Telecommunications Services of Trinidad and Tobago (TSTT), a company in which the state is the majority owner, and stop the deal as the $10 million minimum it would cost is definitely beyond the boundaries of TSTT's core function and budgeted expenditure, as well as the entertainment allowances, though hefty, of its highly paid managers.

What makes the situation as much food for Vidia Naipaul as for C.L.R. James is that the West Indies Cricket Board (WICB) has become part of the scenario and, as most West Indians have come to expect, whenever the WICB is involved there are complications and ramifications beyond and Beyoncé the boundaries.

The original idea, it seems, was that the concert would be staged in the Queen's Park Savannah, the venue for the country's annual Carnival celebrations. However, Lisa Agard, TSTT's executive vice-president of mobile services, seems to have decided on making the show itself mobile and taking it to the Queen's Park Oval, one of the best cricket venues in the world. According to a newspaper report, "Questioned on the possibility the show, expected to be one of the largest ever in the country, could be moved to the Queen's Park Oval from the Savannah, Agard said: 'Commercially, it makes much better sense to have the concert at a venue with pre-existing infrastructure like the Oval, rather than having to build the infrastructure from scratch'."

Well, the WICB quickly scratched that idea. It seems that the WICB had contracted the Oval facilities for a regional first-class match (Trinidad and Tobago versus the Windward Islands) from January 19-22, 2010. President of the Queen's Park Oval, former WICB CEO Bruce Aanensen, is quoted as saying, "We were approached to rent out the Oval for the Beyoncé concert and we made all arrangements for the hosting of both the concert and the cricket. However, we told the organisers the only way we can rent the venue is if the cricket match is put back by one day.

"Brian Lara, who is somehow involved with the staging of the concert, contacted West Indies Players' Association (WIPA) president, Dinanath Ramnarine, to have the game delayed by one day and he agreed, pending permission from the WICB. It is my understanding that Ramnarine spoke to president of the Trinidad and Tobago Cricket Board (TTCB) Azim Bassarath and he made the request to the WICB ... ." The long and short of it is that the WICB refused to shift the game by one day, and while most people find it Beyoncé comprehension and can make neither head nor tail of it, the decision stands. Public opinion says it is still a toss-up.

The speculation, as they say, is rife. Different views of the WICB's rationale are now competing in the marketplace of public opinion. One view is that if anyone other than Ramnarine had made the request the WICB would have consented. Another is that because of the Digicel war with bMobile, the WICB cannot allow bMobile a marketing advantage over Digicel. Interestingly, and it says as much about us as about the WICB, none of the speculation has anything to do with cricket or, for that matter, the beautiful and bounteous Beyoncé.

While her 'booty' and her beauty, as well as her talent, might be the basis of her fame, fortune and the rationale for bringing her to Trinidad, 'booty' in its old-fashioned meaning is at the heart of the raging debate. There was a time when in legal terms booty was "The capture of personal property by a public enemy on land, in contradistinction to prize, which is a capture of such property by such an enemy, on the sea."

Then 'booty' became "any gain, prize or gift". Since the name of the Beyoncé tour is 'I am ... Sasha Fierce', it is only to be expected that there is fierce fighting over the amount that TSTT is paying Beyoncé, Lara and Yorke. The TSTT Union is saying that the money should go to the workers. The minister in charge of TSTT has called for an explanation. Carnival groups are worried because a lot of money would go to Beyoncé that would normally go to carnival, including some TSTT sponsorship money.

Yet, those of us who have been part of the passing carnival parades over the years know that a 'Storm in a Teapot' is not the name of a band that Peter Minshall is contemplating so much as a fact of life in Trinidad. Every year something comes up, causes a stir, and then quickly blows over as people get engulfed in the carnival tidal wave. Bet your life Beyoncé or Sasha Fierce will be performing at the Queen's Park Oval on January 18, 2010. After all, she is still Destiny's Child, and since TSTT is part of Cable and Wireless, nothing can stop the LIME.

Tony Deyal was last seen saying that even though Beyoncé's first fragrance 'HEAT' is still to be launched, she is already generating enough of it to make an ash of the WICB.