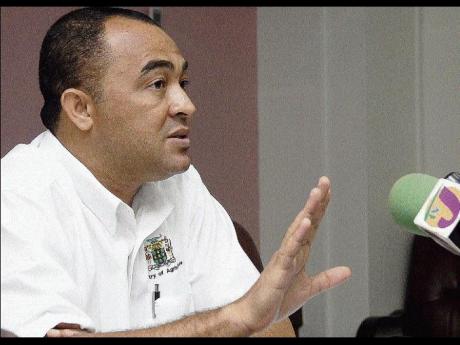 SECRETARY GENERAL of the Organisation of American States (OAS), José Miguel Insulza, will attend the swearing-in of new director general of the Inter-American Institute for Cooperation on Agriculture (IICA), V'ctor M. Villalobos, on January 15, in Costa Rica.

Jamaica's Agriculture Minister Dr Christopher Tufton will swear in Villalobos. Tufton will carry out this task in his capacity as chairman of the Inter-American Board of Agriculture, IICA's highest governing body.

The OAS representative in Costa Rica, Ambassador Patricio Zuquilanda, has confirmed that the secretary general will be attending the ceremony. The speakers and special guests will include the president of Costa Rica, Oscar Arias.

The institute's current director general, Barbadian Chelston W. D. Brathwaite, will deliver the opening address and welcome those present to the House of Agriculture of the Americas. An important delegation is expected to attend the ceremony from Mexico, comprising senior government officials, lawmakers, entrepreneurs and former secretaries of agriculture.

A Mexican citizen, Villalobos, until recently, was the coordinator of International Affairs of his country's Agriculture Secretariat. He was elected by the ministers of agriculture of the hemisphere at their most recent meeting last October in Jamaica. He will hold the post for four years (2010-2014).

Founded nearly seven decades ago, IICA has its headquarters in Costa Rica and offices in its 34 member states. Its goals are to promote agriculture and rural development in its member countries.