Mountain View sure about scoring against 'Spring' 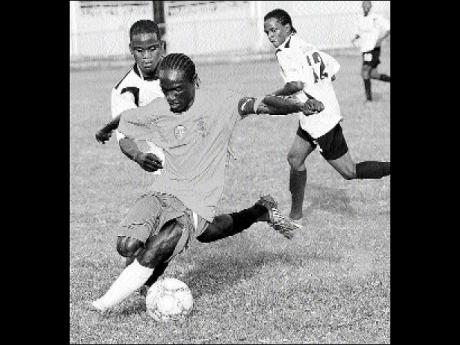 The first-round clash between the two teams ended in a 0-0 draw. Mountain View featured in six other drawn encounters in the first round to go with their three wins and one defeat. They have, however, got off to a much better start in the second round, winning their three opening games - scoring 12 goals while conceding three.

Their latest victory was a 5-1 hammering of Meadhaven United. The win moved them to 25 points, the same as fourth-place Santos and one ahead of their opponents.

Omar Stanley, coach of Mountain View, is confident his team will get on the scoresheet.

"We have found our goalscoring boots in the last month, which was our main focus, especially during the festive season. We are totally confident about tomorrow in terms of getting goals; we know it is not going to be an easy game but we are planning to get all three points," said Stanley.

Constant Spring have had mixed results in their three opening games of the round, winning two and losing one. They also won by a four-goal margin in their last match, against formidable opponents in the form of Rae Town.

Constant Spring have also been in good goalscoring form, with eight of their overall 21 goals coming in the second round. The away win over Rae Town propelled them ahead of the Jamaica Defence Force in the standings.

"We are in a hole right now and they (players) understand the severity of the position we are in, and if we have any intention of going forward they have to refocus their minds and put the past behind," Lyn said.

"We have played Mountain View once, we know what they can offer. What we have to do is see how best we can counteract Mountain View's philosophy and apply our own," he added.

Constant Spring vs Mountain View at The Spring Complex

Santos vs Barbican at Bell/Chung Stadium

JDF vs Bull Bay at Up Park Camp

All matches are scheduled to kick off at 3 p.m.