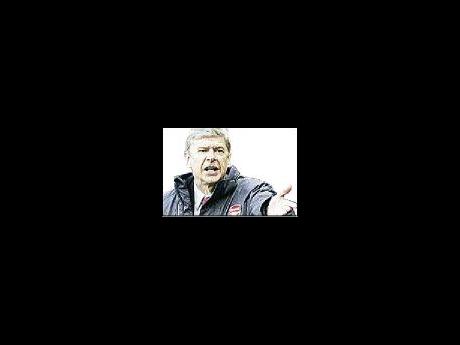 Britain's deep freeze has caused the cancellation of more than half of the weekend Premier League programme due to concerns about safety surrounding stadiums.

Four of today's seven matches have been postponed. Leader Chelsea's trip to Hull, Fulham against Portsmouth in London, Burnley versus Stoke in the northwest and Sunderland against Bolton in the northeast are all off.

Liverpool's match against Tottenham tomorrow was called off because of icy conditions on the roads outside Anfield.

"The advice from the statutory authorities in light of continuing adverse weather conditions was to postpone," the Premier League said yesterday in a statement.

"Clearly, the safety of supporters in these circumstances is paramount and the league and clubs have acted quickly to ensure as few unnecessary journeys are undertaken as possible."

Arsenal manager Arsene Wenger remains hopeful that today's home match against Everton will go ahead despite Emirates Stadium officials calling off the game with Bolton on Wednesday four hours before kick-off.

While most fields are playable, there is widespread disruption on the railways and roads. But Wenger is unhappy at the extreme caution being exercised by clubs.

"It is the price we pay for living in a society where everybody wants 100 per cent security," Wenger said. "Nobody accepts any risk any more and everybody is always guided by fear."

Wenger added that if a match is called off, the whole programme should be rescheduled. The other Premier League matches to survive the weather are Birmingham vs Manchester United and Wigan vs Aston Villa today; West Ham vs Wolverhampton tomorrow and Manchester City vs Blackburn on Monday.