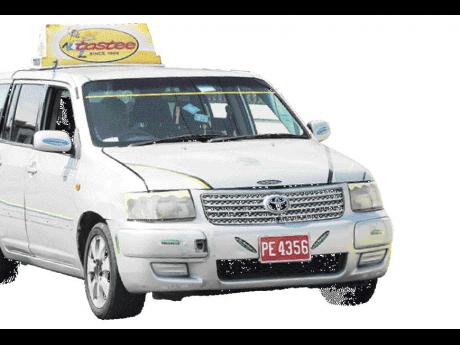 Patty maker, Tastee Limited, has revved up its campaign to maintain increased visibility in the Corporate Area.

The company, which was established in 1966, has branded 100 taxi-cabs in the capital city with illuminated roof top signs.

"We've actually had people call us and asked us if we are the ones who do it," Abe Baracatt told Automotives.

"It's targeting our core clients which are all around Kingston," he said.

"The visibility is not too bad ... it's always there because of the number of taxis on the road," he continued.

According to Baracatt, the company has not seen any change in bottom-line linked to the specific move but he thinks the company is getting mileage from the roving ads.

"We pay for the visibility and we're having a greater push for visibility in 2010," he said.

Business manager, Mayer Matalon, said his company was not limited to roof-top signs.

"We have mixed media transit advertising," explained Matalon. "This is a product which is mounted to the rear windshield and displays scrolling text."

"We recently entered into a contract wherein we would provide advertising on the vehicle interior, in addition to the external signage," he said.

Matalon said his company could also have drivers act as a channel of distribution for additional promotional information.

Is this service available outside of the Corporate Area?

"Yes. In fact, we are equipped to provide our service islandwide," he said.

"We can allocate advertisements in any location the clients see fit to spend their advertising dollar," Matalon added.

Undoubtedly, there are several acts of courtesy and kindness occurring daily on our nation's roads. And, many of these unselfish deeds go untold, only to be forgotten over time.

Let us help you say 'Thank you' and tell your story.