Got it right this time ... after third try 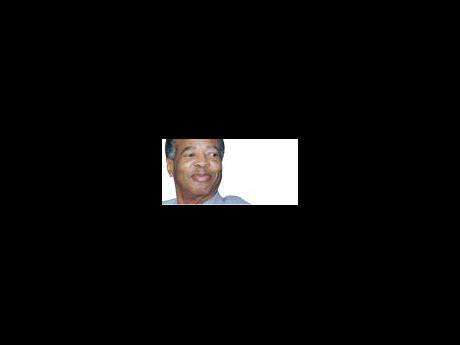 Question: My 2003 Honda Stream motor car was stolen on November 9, 2008. As I was not in Jamaica, I had difficulty in getting a police report. The settlement of the claim was delayed as a result. In June 2009, I obtained the report. The vehicle was recovered shortly afterwards. The repair costs were estimated at over $300,000, excluding two items. These were the rear seat and the reverse camera system. Both were removed by the thieves.

Answer: After I read your first email, I was rather hesitant about trying to help.

The estimate for the back seat of your car set off alarm bells in my head. The cost appeared too high when compared to the vehicle's value. The time that had passed since the theft was another thing that worried me. Was it too late to influence the outcome?

Those doubts disappeared over the course of many telephone calls.

The pile of papers you sent - which included a copy of the September valuation - 14 other e-mails, and the link you supplied about the features of the car helped.

Emails from your broker and the valuators convinced me that your insurers had made at least two mistakes. Thanks very much for being such a model client! You have certainly helped me to help you.

Below is part of an email that I sent to your insurers, with a copy to your brokers:

"The second settlement offer appears to be founded on arbitrary assumptions determined by ... (the loss adjusters). No information was provided to explain how the $1.1 million estimate was arrived at, or the salvage value was computed.

Significantly, the adjustments to the repair estimate were made without any input from the repairers ... Everyone appears to have overlooked the fact the vehicle was valued on September 11, 2008 - approxi-mately two months prior to the theft -

for $1.36 million. What accounted for the apparent 19.1 per cent depreciation in value over the course of only two months?

Even if it were to be accepted that that level of decline occurred, wouldn't it have resulted in the lowering of the $840,000 salvage value ... after the vehicle sustained serious damage arising from the theft?"

The brokers replied: "Our claims manager: has been in constant touch with (the insurers) to have this matter settled in a more favourable manner and has spent some time in negotiations with the insurers.

"All the points you have raised about the previous valuation and the salvage value have been brought to their attention, together with requests that a second and even a third opinion be sought. All the discussions have met a wall."

My comment: The copies of the correspondence between your brokers and the insurers that you provided do not support these assertions.

The insurer's claims manager responded as follows: "The ... vehicle was recovered relatively intact with the front and rear bumpers scraped, the right quarter panel dented, and the DVD player and third row of seats missing. The vehicle, therefore, did not sustain serious damage arising from the theft."

My comment: Presumably, the decision to 'write off' your vehicle was influenced by factors other than the estimated repair cost which amounted to 82.3 per cent of the $1.1 million estimate of value!

"We have, however, conducted a thorough review of the file and have revised our offer ... as follows," the email continued:

"Our decision is based on the fact that the inspection of the vehicle was done several months after it was stolen and the condition in which they (the assessors) would have found it would not have reflected the condition in which the September 2008 valuators found it when they carried out a routine valuation a few months prior to the theft. We inadvertently did not take the time difference into consideration."

The last paragraph of the insurer's email is Greek to me. I guess when it is translated into English it means 'We screwed up' by "using the wrong pre-accident and salvage values in calculating the second offer of $205,000. We sincerely apologise for the errors we have made in the handling of your claim."

I recommend that you accept the latest offer. It represents the maximum insurers are legally obliged to pay you under the terms of your insurance contract.