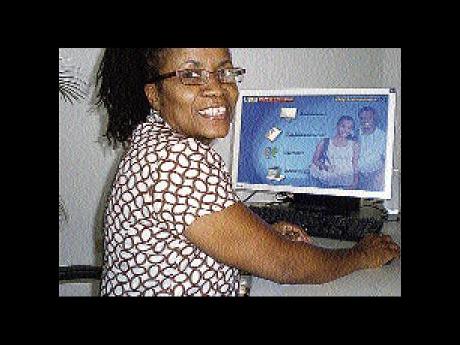 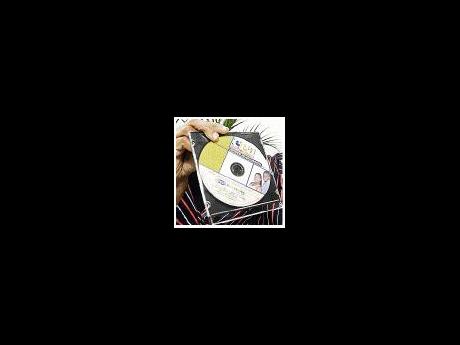 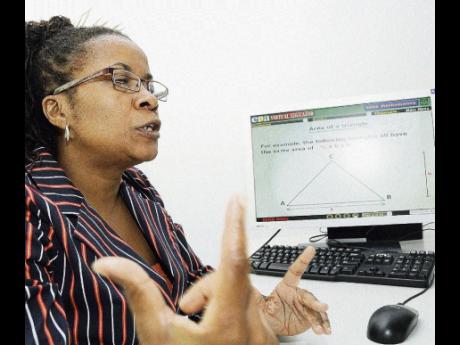 It took 10 years and $40 million to be completed, but on November 19, Elaine Peck launched the projecton which she has spent much of her passion and all her resources — EPA Virtual Educator (EPAVE), which includes software to teach Caribbean Secondary Education Certificate (CSEC) mathematics.

Peck is chief executive officer of CPA Technologies Limited, an offshoot of EPA Computer Services Limited, a research and information-systemsfirm founded in 1995.

In achieving her pet objectiveof integrating computing technology with subject teaching, Peck has ploughed some $40 million into the project over five years.

The money has come from friends, family, loans from National Commercial Bank, Bank of Nova Scotia Jamaica, McKayla Financial Services and the National Export-Import Bank of Jamaica, which helped with restructuring loans as project completion approached.

Now that EPAVE has been launched with the first 10 modules of the CXC syllabus available on one CD and on the Internet (www.epatech.com.jm), the entire seriesis expected to earn in the region of $350 million over the next 36 months.

Some 40 experts were employed to design and complete the project for which head content writer was mathematics teacher Brian McLean.

McLean's credentials include a degree in economics and statistics, 30 years of teaching mathematics, the composition of a three-year calculus course for the In-Service Bachelor of Education programme at the University of the West Indies, CSEC revision courses for EPA, and the production of some5,000 multiple-choice questions for CSEC subjects.

Peck emphasised that the network of 40 employees and consultants within the organisation provides high levels of technical skills to formulate solutions for clients.

Peck is pleased that the companyreceived the Innovation Award In Science and Technology for 2008 from the Scientific Research Council.

The innovator has come a long way. Having attended Clarendon College, Excelsior Community College and the College of Arts Science and Technology (CAST), now University of Technology, Peck said that she had always been involved in computer education and information, with her first diploma being in library studies. Between 1988 and 1991, she completed training in computer studies at CAST.

Before starting EPA, Peck worked at the Ministry of Mining and Energy, the Scientific Research Council and the Institute of Social and Economic Research at the University of the West Indies.

She has beenself-employed for the past 15 years. As managing director of her company, she managed day-to-day operations, prepared proposals and developed courses, managed projects, and offered training, software support and database development. In the last 15 years, she has worked as project manager, information technology consultant, systems manager, database manager, teacher and researcher.

She spent two years in Ontario, Canada, providing computer training services for the Harambee Foundation, which provides help to the unemployed.

Peck said it was following successful participation in various projects that she decided to focus on the development of CAE products aimed primarily at Jamaica and the English-speaking Caribbean markets.

"I have always been fascinated with technology. Based on the poor CXC CSEC results over the years, in June 1996, I had an idea to use technology to improve the quality of education in Jamaica and the Caribbean."

At that time, she said, it seemed far- fetched, because of the limited access to computers by most of the society. Many who she approached for funding for her software did not understand what she was talking about.

"I was told several times that Jamaica was not ready for this, and that maybe I should consider seeking funding from overseas. It was very difficult to get funding, or investors to come on-board. The worst experience was trying to get people to understand what I was trying to do."

After trying relentlessly for many years, Peck put the project aside until 2004, when her accountant provided the first sum of money invested in the project.

"One day he told me that if after 10 years I was still talking about it, it must be something good. He came back with some money in two days."

The amount was $3 million. It was a relatively small start, which snowballed as Peck poured her energy into convincing others to invest.

"I was fortunate to come across individuals who shared my vision. These individuals came on-board, some offering technical skills, and others investing money. We began an exciting journey into virgin territory. In many ways we were pioneers as there were not many local examples of what we were attempting to do."

By the time Peck and her friends ran out of money, they were fortunate to have reached a stage where the product could be demonstrated.

At that point, several financial institutionsviewed the product and took a leap of faith and provided the necessary funding. Support also came from the Technology Innovation Centre, Jamaica Trade and Invest, the Small Business Association and the Scientific Research Council.

Peck stuck with the field of education because, she believes, "one of the most important uses of technology is to improve education".

"In our everyday life we see how education can transform individuals, communities and a nation. I wanted to do something that can have an impact on people's lives."

In all, Peck and her team, based at the UTech Innovation Centre, have completed a quiz CD for mathematics, which is based on the questions covering all subject areas in the CSEC syllabus,plus the EPAVE mathematics software.

Now that the math product is ready to roll, with the next CDwith the remaining 11 CSEC topics to be marketed ready this month, the next major challenge is finding the necessary funding to market the product.

But, once that hurdle has been crossed, Peck expects that business based on the product would be forthcoming. She expectsto become a leading provider of CAE software in Jamaica and English-speaking countries across the globe within the next five years.

"In the near future, EPA will be developing virtual educator software for other subjects at various levels," she said.