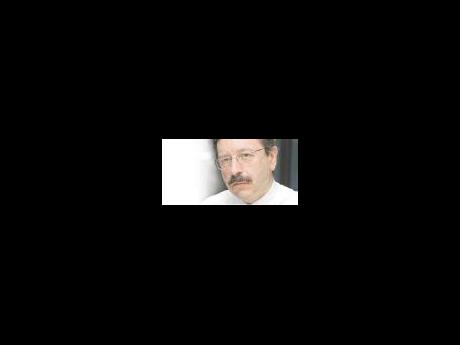 To almost no one's surprise, the United Nations' (UN) two week-long climate-change conference held in December in Copenhagen ended without any binding agreement being reached on how to regulate global carbon emissions.

Instead, after a face-off between China and the United States, essentially over China's sovereign rights to control what happens within its borders, a 'Copenhagen Accord' was agreed between the United States and the world's largest developing economies.

The effect was to leave all other participants in the developed and developing world effectively marginalised from a process widely seen as lacking in transparency.

As such, it was the first clear indication of a new world order that may sideline Europe, confirm China's global strategic role, and mark an end to the United States (US) being able to act as the world's only global superpower.

The three-page Copenhagen agreement itself was reached among China, South Africa, India, Brazil and the US.

While it recognises that there is a scientific case for keeping temperature rise to no more than two degrees centigrade, it contains no commitments to specific emissions reductions to achieve this goal.

As such, Copenhagen's outcome disappointed smaller developing countries which, with strong leadership from Africa, had been seeking deeper cuts in emissions that would limit the rise in global temperatures to 1.5 degrees Centigrade this century.

In the end, this and an earlier goal to reduce CO2 emissions by 80 per cent by 2050 were dropped, as were the establishment of an independent verification system and any obligations to make cuts.

However, the final agreement did include language that aims to provide US$30 billion a year for the poorest countries to adapt to climate change between 2010 and 2012, and US$100 billion a year by 2020.

For the Caribbean, this seems to mean that there is no windfall in sight as the likelihood is that the world's poorest nations and those immediately at risk will receive the lion's share of what is on offer.

Put bluntly, the region is faced with the alarming perspective that it may now have to find the infrastructure costs for sea defences and other measures to cope with sea-level change.

Negotiators, it seems, will now work on individual agreements that cover finance, forestry and clean technology, but sceptics believe that without any real global consensus the process will parallel that of the Doha Round at the World Trade Organisation, take many years to complete, and result in lesser coalitions of the willing.

Prior to the meeting in Copen-hagen, offers by the US, China and other major developing countries to curb carbon emissions at agreed levels and to provide financial support had suggested a more positive outcome, albeit without a legally binding treaty.

However, at the meeting, smaller developing countries actually at risk from sea-level change adopted understandably hard positions that under the UN consensus-based approach made the likelihood of a binding agreement difficult.

In subsequent comments, the US, Britain and others have blamed China.

There has also been widespread criticism of the UN negotiating process, and of what many participants referred to as a shambolic approach biased towards the deve-loped world on the part of the host nation, Denmark.

In the end, even the accord could not be formally adopted because Venezuela, Bolivia, Cuba and Nicaragua were opposed. As a consequence, there was only a decision to note its existence.

However, subsequent comments from China and developed nations suggest an interpretation so far apart as to make the accord less than enforceable.

For its part, China has made clear its belief that acceding to the agreement is voluntary, while developed countries insist that the accord is a significant step towards an enforceable global agreement.

In many senses, Copenhagen underlined a profound transformation that has taken place in the global balance of power.

Unquestionably, the biggest loser was Europe. Despite the European Union's economic significance, the final decision in Copenhagen on what would and could not be agreed was taken by just five countries.

Europe had hoped to use its commitment to deepen emissions cuts to encourage the US and China to go further.

Instead, it was ignored and given a lesson in a new global 'real politik', which its leaders, it seems, are still trying to come to terms with.

But if China was the winner and able to secure its right to decide its own pace of development, and the nations of ALBA were the moral arbiters able to determine the process was unjust, it is now far from clear in practical terms where the world is headed when it comes to addressing climate change and a reduction in the emission of greenhouse gases.

Nor is it certain how nations at the Caribbean's level of development are to find the wherewithal to address the already evident damage to reefs, coastal defences, beaches and infrastructure that are arising from changes in sea level, tidal surges and an increase in water temperatures.

The Copenhagen conference marked the culmination of a two-year negotiation involving more than 100 world leaders, around 40,000 participants representing governments, non-governmental organisations and a huge array of other organisations. It received unprecedented global attention.

Despite, or perhaps because of this, the final outcome was determined in a closed room by a small number of heads of government.

The nature of global power may have changed, but the world is still without a binding global framework to tackle climate change, and the Caribbean is without any clarity as to how it is to address the very real environmental challenges it faces.