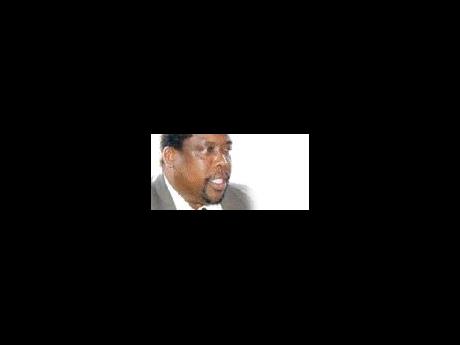 Citizens of all countries have a right to expect that their government will tell them the truth at all times. If things are bad, it is even more important that the citizens be made aware, so they may rally behind the country's leaders. So on Thursday, December 17, both Prime Minister Bruce Golding and Finance Minister Audley Shaw told Parliament that the Government would be imposing taxes on electricity used by some residential customers as of January 1, 2010. We believed that the Government was telling us the truth.

Three days later, on Sunday, December 20, in the face of threats of protest by the Opposition, the prime minister issued a statement that he would review the announced tax measures. On the night before Christmas Eve, the prime minister, in a national broadcast, reaffirmed that the electricity taxes would be effective on New Year's Day. Even if one was opposed to the tax, at least we were obliged to believe that the prime minister meant what he said.

On Monday January 4, the Tax Administration Services Department was reported as "operating under the assumption that the revenue measure took effect on January 1". They, too, as is their duty, placed their trust in the political directorate. There is no higher voice in the Cabinet than that of the prime minister; his word should be his bond, we must be able to believe in what he says. The followers must be able to trust our leaders if civilised society is to survive.

Democracy does not require that we agree with our leaders all the time, but the day that confidence is lost because of inconsistency between deed and word is the beginning of the end of democratic relations. The doors of authoritarianism and anarchy are thereby flung open and the quick march to dictatorship or disorder is on in earnest. We have invested too much as a country in our democratic traditions to remain silent when expediency assaults the principled bond of truth that is the heart and soul of our democratic society.

Energy Minister James Robertson's comments last Tuesday that the Government was always aware that the electricity tax would not be implemented on the day the minister of finance and the prime minister repeatedly said it would be implemented, should not be allowed to pass unnoticed.

If Robertson was telling the truth, then it raises fundamental questions about the sincerity of the prime minister in telling the people that January 1 was the date of the taxes. The failure of Jamaica House to correct Robertson or to publicly condemn his comments raises some serious questions, which should not remain unanswered. Chief among these questions would be: Can the citizens trust the Government's word in future? Will the security forces be able to trust the word of our leaders? Can foreign governments trust our government to honour our international obligations? Already, the trade unions have seen that signed collective bargaining agreements like MOU3 is subject to the authoritarian rather than the democratic approach to governance. The taxi drivers and bus operators were read an edict of no fare increase for two years.

Recently, public-sector workers have also been told of a wage freeze for two more years, without any discussion with their unions. Professional Jamaicans serving under the constitutionally designated Public Services Commission have suffered as well from authoritarian licks from a government which thinks party before country. There have been threats from members of the governing party about instituting a licensing regime for journalists. Even the prime minister has publicly appealed to some of his supporters to defend him from certain public commentators and columnists, including me. The signs of authoritarianism are everywhere around us and represent a clear and present danger to our democratic traditions. We ignore it at our peril.

The prime minister made a commitment in Parliament that "The Medium-Term Economic Programme, the fiscal and monetary policy measures to support it and the draft Letter of Intent to the IMF ... will be debated in Parliament early in January, prior to the submission of the programme to the IMF board."

Ministers Daryl Vaz and Audley Shaw have now told us that the Letter of Intent will be sent to the IMF board before the next scheduled sitting of Parliament. We have no reason to believe they are not telling the truth. Once again, the words of the prime minister are being made a lie by his own ministers. Our democracy is undermined every time commitments and solemn pledges made in Parliament are dishonoured by our leaders.

Even the prime minister seems prepared to refute his own words. As opposition leader in 2006, he indicated that "the cost of electricity to local producers is much higher than that of their overseas competitors. This means that many of them have lost the race before they even begin". In his maiden Budget speech as prime minister in 2008, he declared that the cost of energy was the most immediate challenge facing the economy.

"It affects virtually everything - the cost of production, transportation, the cost of living. It is the biggest drain on our foreign exchange."

It was the intention of the Government, he said, to introduce several tax exemptions, and tax credits, as well as accelerated depreciation allowances to businesses and households that invest in energy-saving installations.

Today, instead of reducing taxes, the Government has imposed over $25 billion per annum in taxes on energy. The lofty words of Prime Minister Golding are floundering on the rocks of sincerity and credibility. May "justice and truth be ours forever".

Lambert Brown is president of the University and Allied Workers' Union and can be contacted at labpoyh@yahoo.com. Feedback may also be sent to columns@gleanerjm.com.