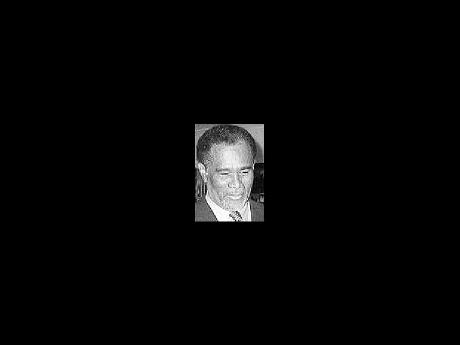 News that the largest local banks have made record profits during the past year, when our economy has suffered the deepest decline since the mid-1980s and as most Jamaicans had to tighten their belts, has not won them many friends. Not surprisingly, the feeling that the banks have been prospering while the rest of us are being squeezed has fed support for a special tax on 'windfall' bank profits and extraordinary interest earned from the hike in rates on government paper. This, it is argued, would have helped substantially to make up the shortfall in revenues.

The sentiment that banks are reaping more than their 'fair share' is in keeping with the current populist outburst against the costly bail-out caused by reckless financial management in the United States and other countries where governments had to pump vast sums into the financial sector to stave off collapse. For this reason, many members of the US Congress actually opposed the bail-out back in September 2008 at the height of the financial crisis.

As the various 'bail-out' entities have stabilised and gone on to rack up super-profits, American public opinion has swung even more violently against the banks, inflamed by the mega-bonuses paid to executives. Coming so soon after taxpayers have had to take on huge debts to pay for their recklessness and at a time when the rest of the workforce is under siege, there is deep antipathy towards the financial sector which has spread across the globe.

In Jamaica, criticism of banks has been more about the wide spreads between the low rates they pay on savings deposits and their high lending rates which, it is said, was partly why some people were attracted to the alternative investment schemes. But in the late 1990s, Jamaicans had also hit out against bank failures and bankers when the local financial sector experienced a near collapse. The feeling that our banks should be made to pay increased taxes now is, therefore, not just limited to the issue of super-profits but arises from a sense that it is partly their responsibility to help shoulder the cost of the massive 1990s financial sector bail-out. Lest we forget, this bail-out constitutes a hefty portion of the debt and fiscal burden that the country is still grappling with even as the banks continue to announce big profits.

Beyond the populist sentiment against banks in America and elsewhere, there has also been sober reflection by world financial leaders on how the debt burden imposed on taxpayers by the bail-out is going to be met. Indeed, from as early as April 2009, the idea of a transaction tax to be applied globally on the financial sector had been floated by the International Monetary Fund (IMF) as one means of generating resources to help meet the fiscal costs of the bail-outs.

Then at the September 2009 G-20 Leaders Summit, the fund was asked to prepare a report setting out the range of options countries are considering as to how "the financial sector could make a fair and substantial contribution toward paying for any burdens associated with government interventions to repair the banking system".

This subject is one that Jamaican policymakers should consider seriously, if not for the past FINSAC interventions, certainly for the future. While we would expect that the much improved financial regulatory system would help us avoid a repetition of that crisis, thought must be given to how the costs of a financial sector emergency would be handled. In its study, the IMF is examining the potential usefulness and impact of various approaches to financial-sector taxation.

As the Americans are discovering, the financial system now works in ways in which bank lending is biased against the country's productive sectors. In fact, Wall Street firms have generated huge profits in recent months with the aid of government bail-out money while businesses, especially small ones that are the engine of employment creation, have complained that credit, is still frozen or that they are paying very high interest rates. With record high unemployment and fears of economic stagnation, this is a challenge that the Obama administration must confront.

In Jamaica's case, the priorities are to reduce interest rates paid by Government in order to cut the amount spent on servicing the public debt (which would help to bring down the fiscal deficit) and to compress the wide spread in bank rates so lending rates to the private sector can come down significantly. Control of the non-interest elements of public-sector spending and containment of Government's borrowing requirements are critical to the achievement of these objectives. Hence, the adjustments via increased taxation and expenditure cuts have been the focus of policy and the main topics of public discussion.

But interest rates are not determined by these factors alone. The rate of inflation is also a key factor and one which posed serious difficulties up to the mid-1990s when our annual rates were in double digits, and since 2003, with the exception of 2006, when the rate was 5.7 per cent, the lowest in decades.

If interest rates are to be brought down and maintained at low double-digit levels or below, then our inflation rate must go back to the 2006 level and be sustained over the medium term. The modernisation of the agricultural sector and how food imports are managed to mitigate the inflation effects caused by dislocations to domestic food production are some of several issues which will have to be addressed.