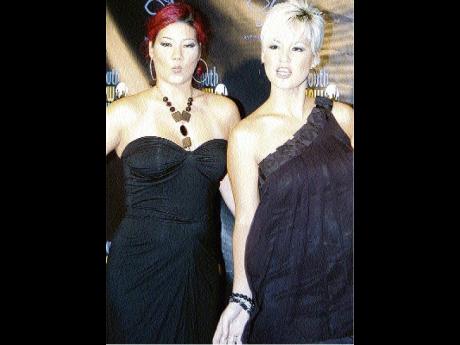 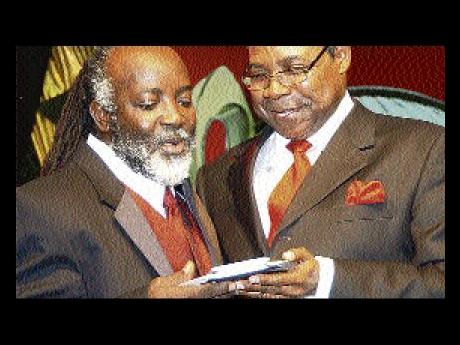 In 2008 there seemed to have been a surge in award shows but not all of them survived the test of the recession.

Yet, there were some that have been able to maintain their presence, like the Youth View Awards (YVA) and the Excellence in Music and Entertainment awards (EME).

Karen Clarke, CEO of YVA, credits the success of the show, which started in 2008, to several factors.

"It's very innovative. I involve the demographics in the decisions and promotion. My goal is for the YVA to be the award show for not only Jamaica but for the region and I am not gonna stop until I get there," Clarke told The Sunday Gleaner.

In addition, she said preparations for the show on February 6, which will be held at the National Indoor Sports Centre, began as soon as last year's show ended and promotion began in October, with the Teyana Taylor 'Dope Lips' and New Boyz 'Jerking' competitions. The young audience also gets a say in the artistes who are nominated.

Meanwhile, Richard 'Richie B' Burgess, said the EME's ability to stay afloat lies in the formula that he uses for the show.

"We keep our ears close to the ground. The formula that we use has been tried, tested and proven. It reflects the artistes and songs that are popular. It gives artistes recognition for their work," he told The Sunday Gleaner.

"I know the EMEs is here to stay. It is something that is needed and anticipated. People see it as a little Grammy and that's a good thing."

The show has certainly made progress, as it started in 2005 as an in-studio production. Soon, it outgrew that location and was moved to The Gardens of The Jamaica Pegasus hotel. He said it is an invitation-only event, which is not held for a profit.

The award show is fairly transparent, as the nominees are determined by the consumers and players in the industry. And there will be further involvement of the public in the voting process through online voting on the award show's website, www.emeawards.com. This will account for 30 per cent of votes, while the other 70 per cent will be based on the nominees' performances on the charts.

In contrast, the Reggae Academy Awards started in 2008 with a bang but did not get up last year. And not much seems to be on the plate for this year so far.

"It won't be on early this year. Again, there is lack of funding. Having launched the way we did, it was of a calibre that we wish to improve on," said Cleveland Browne, member of the board of directors for the Recording Industry Association of Jamaica.

"In order to contribute to the country's growth, we were looking to have a programme that is marketable on TV. The economic climate is making it difficult for us to get sponsorship, at least at the level that we want."

Early last year, the organisers were hoping to stage the event in summer but that fell through as they were unable to secure necessary sponsorship.

"We have not given up on the idea. As soon as we are able to fund it, we wish to continue it. We welcome any support that can make that happen. We don't want to be operating and losing every year," Browne told The Sunday Gleaner.

He said the aim is to market the show internationally so that a profit can be made from it. That revenue, he said, would be pumped back into the music industry.

While they face sponsorship woes, that has not been the case for Clarke. This year's YVA show secured new sponsorship from Coke Zero and Red Bull.

"We had no sponsorship issues last year or this year. All my old sponsors were very supportive and came back. I even got new sponsors. People are very careful with their sponsorship money, so for them to say yes, I feel very blessed," Clarke said, who added that sustaining the show is something she hopes to do.

"Jamaica is full of artistes and full of young, hot and hype people, so, of course, we can sustain it. It can only grow with the support of the Jamaican people. I want it to grow for it to be a calendar event," she said.

In addition, Clarke said there is a lot in store for patrons. There will be performances by Chino, New Boyz, Ding Dong, Elephant Man, Tessanne Chin, Etana and more. She also wants people to be part of the red carpet show between 5 and 6:30 p.m., where they can also get autographs signed by New Boyz.

As for Burgess, he said it was a challenge but he was able to draw on connections and goodwill.

Nonetheless, "I want to thank the sponsors. We have been getting our fair share of support," he said.