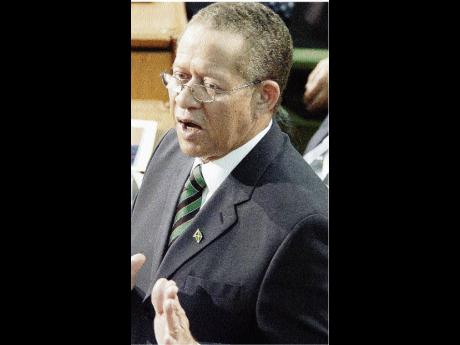 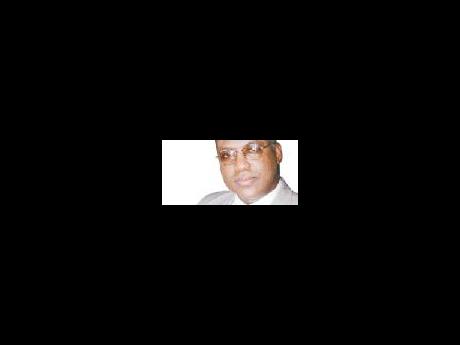 It's the latest cry in Jamaica: Show us the plan! Show us the way out of the economic crisis; show us a path beyond the International Monetary Fund (IMF) agreement.

There is consensus that there is no alternative to the IMF loan. The People's National Party (PNP) is not fighting that. The party is saying this Government has no viable plan beyond that loan and taxation.

The four-day Cabinet retreat which ends today will, no doubt, eventually answer that show-and-tell-cry from many sectors as well as the PNP's charge. It's good that we are focused on the way forward and that we finally have agreement that tax and spend-and-borrow-and-spend policies are not sustainable. I suggest, however, that we have not thought through, as rigorously as we ought, what is really needed to take us out of this economic hole.

I continue to maintain that rhetoric and histrionics aside, there are few (I am being generous) fundamental economic policy differences between the Jamaica Labour Party (JLP) and the PNP today. The PNP will argue about where the nearly $22 billion in new taxation should fall and whether it is equitable, but no major fuss is being made over the need to raise taxes now rather than new loans. This is significant.

The PNP will make heavy weather of the four taxation packages in one year, charge that the original Budget was not credible as it had pointed out and say this Government does not know what it is doing and is woefully lacking in technical competence, and that its finance minister should go. The party can charge that the Government disastrously underestimated and mishandled the global economic crisis, approached the IMF too late, bungled the negotiations, etc., but one can hardly see the PNP as an alternative merely on those grounds. Those are not policy differences.

Indeed, there are far more fundamental agreements between the JLP and the PNP, than there are differences, in this neoliberal era. Both agree that we need to curtail borrowing drastically on both the international and domestic markets. Both have essentially the same debt-management strategy. Both see the undesirability of high interest rates as well as the need for low inflation and exchange-rate stability. Both accept the need for some austerity measures at this time.

They both know that populism and wild social spending cannot be sustained in our unproductive economy. The PNP is not pushing redistributionism over production while the JLP is pushing for increased production. Both of them are speaking the same language.

In terms of strict strategic policy direction and framework, I bet you that if informed, well-researched and skilled journalists put PNP spokespersons on the witness stand and grill them as to what the policy direction coming from this Cabinet retreat represents a fundamental difference with PNP economic policy thinking, not even the smooth-talking Omar Davies could be convincing. The problem is that some of our journalists and commentators are just thinking in partisan terms, so even the framing of their questions reflect that narrow bias.

If we are just talking about Government performance, then perhaps we can have a say, one way or another, about JLP performance versus PNP performance, though we would come back to the unprecedented nature of this global crisis, the relatively little time the JLP has been in office compared to the PNP's enormous 18-year stretch. But should we think only in terms of who can manage a set of policies better, in terms of implementation, or should we not think more in terms of which set of policies and strategies are better able to achieve economic growth and social development?

The fact of the matter is that there is very little policy space that either party has to manoeuvre in this globalised era. We keep forgetting this, perhaps because of our reflexive insularity and aversion to reading. Take one big ticket item totally beyond our control, except in how we use it - energy. Some are predicting that oil prices might reach $100 a barrel by yearend. This alone would have profound impact on any policy direction that any party in power here adopts. Talk about energy conservation and energy efficiency is just that - talk, and that has been going on for a long time. Both parties are committed to that but our people's cultural patterns are resistant to that.

When that parliamentary debate, about which the PNP has been clamouring and for which I know Bruce Golding will be fully prepared, begins, I suggest you listen closely. Cut through the theatrics, the side-shows, the sleights-of-hand, the blindsiding, the non-sequitur reasoning, the polemics and the political dishonesty. Look for issues of substantial policy difference.

For example, which party is prepared to give the state a greater role in economic development. (Oh, that's heresy; that's a no-no; that's dinosaur, leftist thinking!) Both parties are committed to a minimalist state. The whole redefining of the role of Government is one of the prime minister's key stated goals for his public-sector transformation programme and one of key issue on his Cabinet retreat agenda.

Let's get empirical and go beyond Wikipedia. How have the growth champions of the last half-century done it? That's no mystery. The information is all there hidden in literature we all hate to read. Let's start with the country in our Latin American region which is the darling of economic transformation and which has been hailed by The Global Competitiveness Report as the poster child of neoliberalism. Its original dalliance with neoliberalism under the so-called Chicago Boys (Milton Friedman et al) was a disaster and led to then financial crash in 1982. It was only after Chile became more pragmatic in its economic policy mix that it started to reap rich rewards in terms of growth and social development.

In Chile, the state provided exporters with lots of help in terms of overseas marketing and research and development. Claude Clarke would love to see that in Jamaica, but Claude and others need to understand the real world in which Jamaica operates and the real, objective constraints that we face. First, that kind of 'stimulus' money is simply not available at this time. It would be good but not even the PNP can promise that as an alternative to what Bruce is doing. Bruce cannot come out with any such ambitious plan from his Cabinet retreat.

I heard one economist talking nonsense this week about using IMF money to stimulate the economy rather than provide balance-of-payments support. Now, if people who are trained as economists can engage in such idle chatter and wishful thinking, what can be expected of ordinary citizens bewildered about their economic condition?

Up to the 1990s, Chile used capital controls to reduce the flow of short-term speculative funds. (Though, significantly, its subsequent bilateral free-trade agreement with the United States mandates that they never use that option again, demonstrating my long-held view on the primacy of the international economy in this era of globalisation and the restricted policy space of developing countries.)

Take the two most touted examples of economic transformation and stellar economic performance today, China and India. Significant research by Dani Rodrik and others have demonstrated that their takeoff was in the period of very heavy state involvement and rejection of neoliberal policies favoured by the IMF and other Washington Consensus institutions. China is still statist and India considerably less so, but Rodrik has shown that its protection of industry, restriction of foreign investment and capital outflows and state-directed activities provided the foundation for its growth.

In other words, outward-orientation and neoliberal reforms were boosted by import-substitution, protectionist and statist policies. Even after its period of liberalisation, which started in 1991, India's average manufacturing tariffs remained above 30 per cent - and is still about 25 per cent today. You look at the record of earlier industrialisers like Japan, Korea and Taiwan and you see strong state involvement in economic growth. This is what Claude Clarke has been calling for and why he is impatient with both the PNP and the JLP, but what Claude has not given sufficient recognition to is the way the world has changed dramatically and the real constraints of economic policy action today. This is what has not been explained comprehensively to the Jamaican people and which must come out finally in any debate.

Says Harvard economist and leading development thinker Dani Rodrik in his paper Rethinking Growth Strategies: "Does the ability to integrate with the world economy come necessarily with openness to imports and capital flows? Does sustainable finance and sound money imply independent central banks, floating exchange rates and inflation targeting? Does a good institutional environment mean Anglo-American type corporate governance regime or even a legal system based on private property? Not if the experience of the growth champions of the last half a century is a guide."

The Chinese have not eliminated central planning. They have broken almost every rule in the neoliberal book, while growing handsomely since their 1978-79 reforms. In East Asia, government provided credit to entrepreneurs with Singapore, going as far as actually rewarding entrepreneurs who tried and failed. There was real development banking - with concessionary interest rates. In Europe, Finland, Norway and Austria directed bank credit to strategic industries.

In East Asia, companies were heavily subsidised, given all kinds of export incentives while competing imports were restricted and severely regulated. Even foreign investment was regulated. You talk about the disaster of Finsac and the problems with a high interest-rate regime then but, if the state provided more funds for entrepreneurs as East Asia did, you would not have the kind of meltdown we had in the 1990s. The empirical data show that financial sector crises, globally, have worsened since the neoliberal era.

People talk about 'labour market reform' - a euphemism for getting rid of workers in many cases. Well, in Japan, you had the very opposite - lifetime employment - and Japan grew.

Don't get me wrong. Most of these things can't be done today and would not be advisable. But the overarching point is most of what would really make a difference, with any government plan being sought, can't be done at this time.