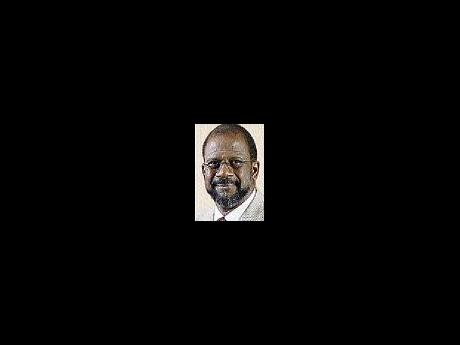 We have been grappling at the intellectual and policy level for years with the question: 'What is the appropriate role and size of government for Jamaica in this era of market-driven globalised capitalism?'

The response by successive administrations has been high-brow initiatives, such as public sector reform, public sector modernisation and the rationalisation of the public sector - some of these efforts even attracted donor assistance.

To be fair, we have seen, from the 1980s to the present, a reduction in the absolute size of the public sector establishment reported now to stand at 117,000 positions. While this reduced establishment size represents less than 10 per cent of our 1.2 million-strong workforce, it belies the Government's continued deep regulatory reach and operational involvement in almost every sector of our economy.

Today, the question of role and size confronts us at a very practical level and so, the current deliberations seem focused solely on size, downsizing and rightsizing, without first establishing agreement on the role of Government in this present era. The rule of thumb is that form and size of organisation follow function and role. So, settling the issue of role will provide us with a rational basis to determine not only the appropriate size but also the competency profile of the new public sector.

Ostensibly, Jamaica subscribes to the precepts of a market-driven economy and, as such, we have to agree what are the appropriate core functions and regulatory obligations of the 21st century Jamaican government and public sector. The newly constituted public sector must be both obliged to protect the interests and welfare of all citizens, in particular the most vulnerable, as also to enable, facilitate and promote private entrepreneurial initiative, innovation and creativity to exploit the widened range of economic opportunity made available in this new dispensation for profitable investment and enterprise.

Additionally, settling the issue of the role of government will enable us to rationally conclude the decade-old effort to reform our legislation and regulations, popularly called 'The Legs and Regs' project. This critical achievement will allows us to, at one and the same time, repeal in Parliament, all identified outdated legislation and enact wholescale, the full slate of 'legs and regs' proposals thereby creating a legislative and regulatory environment conducive to growing a competitive Jamaican market economy, supported by an enabling and facilitating government and public service.

Within the context of this new reality, appropriate organisational structures are erected and populated by appropriately competent and qualified professionals, centred on clearly established roles, functions and accountabilities. It is within this framework that the doctrine of customer service and customer satisfaction, as embodied in the Citizens Charter and countless other similar initiatives, all intended to transform the values, attitudes and behaviour of our public servants toward all Jamaican citizens be they children, students, workers, pensioners or welfare recipients as legitimate customers, would have a supporting basis in law.

As to whether we will be able to afford this new structure within the fiscal space available today is an important matter, but certainly, negotiating fiscal affordability on the basis of a rationally derived and role defined public sector structure, is preferable to a panicked, across-the-board 20 or 50 per cent cutting away from the existing old structure.

Last, we must, in spite of the stresses of the present, seek to preserve the technical and professional capacity we have built up over several decades in our public sector. This capacity is an indispensible component of any plan for both a sustained recovery from this recession and meeting our aspirations for a prosperous future for our people.