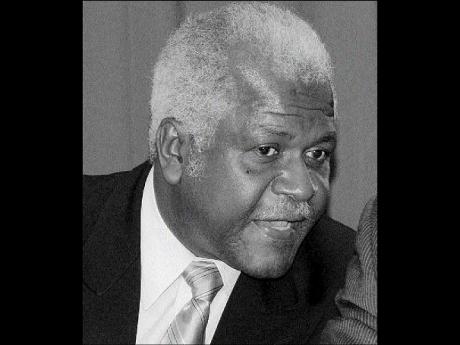 While the Guiness Book of Records lists Jamaica as the country with the most churches per square mile, the majority of these places of worship are based in poor communities.

Upscale communities almost uniformly have no churches, with residents instead travelling out of their neighbourhoods to get to their places of worship.

But local church leaders say accessibility and the needs of the persons they are seeking to convert are the major factors considered before erecting places of worship.

Reverend Al Miller of the popular Fellowship Tabernacle Church in St Andrew has played down claims that many well-to-do persons living in upscale communities are not enthusiastic about having churches in their communities.

Miller referred to Matthew 19, which exhorts that the Gospel be preached to the poor.

According to Miller, this biblical exhortation has influenced the decision of many church leaders to gravitate to the poor.

"It is a natural bias," argued Miller, "The receptivity of the wealthy is a minor point," he added.

Miller said other factors which have influenced the decision to build churches in some areas are the price of land in upscale communities, as well as the zoning arrangements.

"Those who live in these communities tend to drive, so it is, therefore, more practical to erect churches in more accessible areas, where the majority of people can reach."

Miller pointed to Portmore, St Catherine, which he said was not regarded as a poor community but which has many churches.

He said initially, plots of land in Portmore were zoned for places of worship.

But Miller conceded that more effort must be made to reach the people of wealthier communities.

"The more people have the more they think they need God less," declared Miller. "Notwithstanding, there is need to go out and reach them."

Miller was supported by Pastor Garfield McBean, who has worked in several vulnerable communities in Arnett Gardens and adjoining areas for many years.

One of the pioneers of the Inner-city Ministries For Christ, McBean agreed that intimidation had sent many determined church leaders scurrying from the upscale communities.

"Intimidation from uptown is a factor," he told The Sunday Gleaner.

But like Miller, McBean argued that other factors tended to be a stronger influence for the church leaders.

He said this experience encourages many church leaders to seek to shepherd flocks in inner-city communities.

"In the sense that more persons are in need of help ... to address the issues of crime and violence which take place primarily in the inner city. That is why most Christians reach out to vulnerable communities," the evangelist said.

He accepted that a cynical outlook would embrace Karl Marx's position that religion is the opiate of the poor.

"But the poor need far greater social attention than the rich," McBean argued.

A Sunday Gleaner probe has found that many who enjoy greater material comforts will do just about anything to keep places of worship at arms length.

"I agree with the stance of the people," said John, a professed Christian.

"I believe in the Lord Jesus and will do anything to advance the cause of Christianity, but many churches believe that they are a law unto themselves," he contended. "They break the laws of the land in the name of the Lord."

John complained that many churches tended to breach the Noise Abatement Act and Road Traffic Act by blocking traffic.

Our probe led us to numerous reports of church leaders being frustrated by residents of upscale communities who will go to any length to keep churches out of their communities.

The Sunday Gleaner found that these residents will travel to churches in lower-income communities and are even prepared to make massive monetary contributions to the cause as long as the church does not set up base on their door steps.