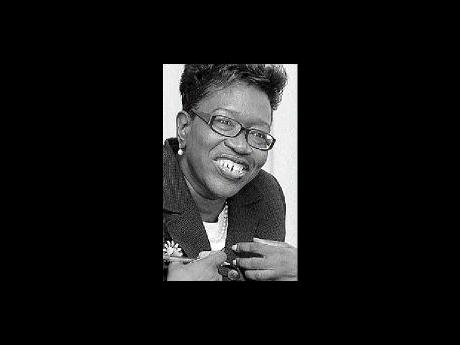 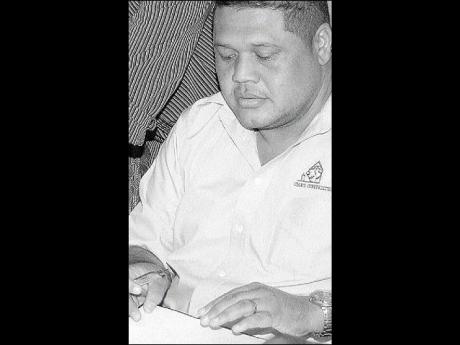 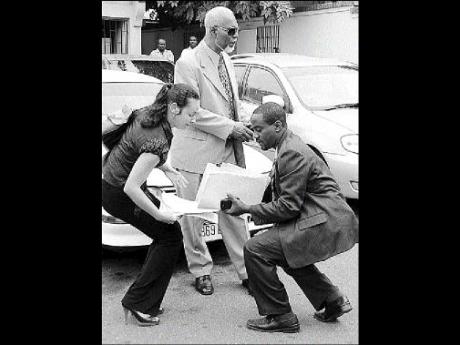 CROWN WITNESS Rodney Chin delivered one surprise after another but no bombshell while he spent last week on the witness stand as the Cuban light-bulb corruption trial resumed.

The prosecution, that last September appeared to have been winding down the examination of its star witness, Chin, continued to extract more information from him over the three days the court sat last week.

Chin was giving evidence against his former co-accused, Kern Spencer, and Coleen Wright, who were hit with money-laundering and corruption charges in February 2008.

Since the resumption of the trial last Monday, Chin has been telling the court how he colluded with Spencer and Wright in the racket but has denied obtaining any illicit benefit from the implementation of the $276-million energy-saving project.

Despite his huge frame, Chin hardly speaks loudly enough for persons in the courtroom to hear him. He said he only raises his voice when he is angry.

So far, he has not had reason to raise the decibel levels so as to cause tremors, but aspects of his revelations left Spencer shaking his head on numerous occasions.

Chin is the third witness called to the stand by the prosecution so far. Lead prosecutor Paula Llewellyn, who is the director of public prosecutions (DPP), has already called Phillip Paulwell, who headed the energy ministry when Spencer was a junior minister, as well as Hazel Bennett, manager of customer services at the Companies Office of Jamaica.

According to Chin, he allowed himself to be used as a front by Spencer in the formation of companies to benefit from the implementation of the Cuban light-bulb programme. Chin also said he did not benefit from his involvement, "not even as much as a cent".

But defence attorneys are already lining up to tear into his credibility.

Chin told the court that his company, Chin's Construction, received about 100 contracts from the People's National Party (PNP) government before it was booted from office in 2007.

He further claimed that his company won about 10 contracts from the governing Jamaica Labour Party, which took state power in 2007.

However, public records suggest that Chin's company received more than 50 government contracts since 2007. Of that number, 39 were awarded in 2008.

In the meantime, the defence is seeking to exploit a loophole in relation to a piece of key evidence.

Wright's attorney, K.D. Knight, forced an adjournment Wednesday afternoon after expressing concern that the unique identification number outlined in the statement of expert witness, Sergeant Patrick Linton, on one of the cellular phones used by Chin to record some conversations, was different from the number on the evidence bag containing the phone.

The phone in question contains 27 recordings, 25 of which are alleged to have taken place between Spencer and Chin.

Llewellyn told the court that there was a "logical explanation" for the difference in the unique identification number, but it required a meeting in the chamber of Senior Resident Magistrate Judith Pusey to resolve the matter.

In the meantime, two other cellphones - those without the recordings - have been entered into evidence. Llewellyn has also entered into evidence company documents and copies of letters signed by Chin in which he expressed interest and quoted on the light-bulb projects.

Chin told the court that the company documents he signed were blank and had been taken to him by Wright. Chin said he also signed back-dated letters given to him by Spencer. The letters, he said, were to quote for the contract to distribute the light bulbs and to express interest in the projects.

Chin told the court that in October 2007, at the request of Spencer, he signed the letters that were dated May and June of 2006.

Chin said Spencer told him that the letter quoting on the job had to be re-signed with an August 2006 date as UMD, the company that was distributing the bulbs, was not incorporated until July 2006.

But while the gymnastics of setting up companies was an important element in the case, it was the issue of Chin's cellular phones, which he said, "are like his hands", that put the trial in quicksand.

Chin told the court that he decided to record the conversations between him and Spencer because he wanted to provide proof of the truth and to clarify his involvement in the Cuban light-bulb racket.

"I started to hear a lot of things from third parties and was in the dark. I did not know what was happening and because I knew that, I made the recordings. I did not set out to defraud anybody or any agency, and so I took the decision to record the conversations," Chin said.

Chin told the court that he purchased three new SIM cards and gave one to Spencer, kept one, and gave the other to Shakes. He said he told them to call him on a specific number and that he used the built-in recorder to record the conversations.

The prosecution claimed that it stumbled upon the recordings on September 14, after the trial had started. The issue of Chin changing counsel from Valrie Neita-Robertson to Richard Small and Herron Dale had paved the way for the disclosure about the conversations.

Chin said he was not convinced Neita-Robertson was prepared enough to represent him.

On September 14 last year, while leading evidence, Llewellyn asked Chin why he had changed attorneys. The defence objected, claiming that the area being explored by Llewellyn was not in the statements provided and it would be unfair to the defence.

While providing an additional statement to the police that evening, Chin told Superintendent Fitz Bailey that should he need proof in the future, he had recordings on his Samsung phone via bluetooth technology.

"He appeared surprised," Chin told the court Wednesday, as he disclosed for the first time that a third cellular phone had come in contact with the recordings.

Chin had earlier told the court that he began the recordings on a Samsung phone that began to malfunction. He said he had done about six recordings on that phone and transferred those recordings to another cellular phone.

He said that on the day he was giving a statement to Bailey, he played a recording for the senior policeman from his phone. He said it was the only recording he had transferred to that phone because "that one is a specific and important recording".

That revelation drew the ire of defence counsel K.D. Knight, who said no statement from Chin had made mention of a third phone and that it was unfortunate that four of the six statements that had been received from Chin came while he was on the stand.

"My issue is with the investigators because they have been alerted about this thing from last September and they know of a third cellular phone," Knight said.

Presiding Magistrate Judith Pusey, who on Tuesday chided Llewellyn for the amount and quality of the disclosure from Chin, also sided with Llewellyn.

"People are not clairvoyant," Pusey said in responding to Spencer's lawyer, Patrick Atkinson, who lamented that had the DPP fully researched and disclosed all circumstances which led to Chin becoming a Crown witness, the surprises would not have happened.

"This third phone was not even in my contemplation. Shock and awe!" the judge said Wednesday.

She added: "I think it is unreasonable to ask the DPP to disclose what she does not know about."

On Tuesday, Pusey expressed dismay that the court's time was being wasted after Llewellyn requested an adjournment in order to get information about a second cellular phone - the one on which Chin said the first set of conversations had been recorded.

"The moment two phones came into the picture, there ought to be a statement about it," Pusey told Llewellyn.

"It can lead people to believe that you are hiding something. What is being said is not being said to break you down, it is to protect you," Pusey added.

The DPP, however, responded: "Your Honour, our backs have to be broad as prosecutors," but she was told by Pusey that she was adopting the wrong posture.

Meanwhile, Chin in explaining why he had decided to give evidence against Spencer, told the court that it was because he recognised that he was involved in an organised crime racket.

He said that while being arrested at the Organised Crime Unit, he read a poster on the wall about organised crime and realised what he had got into.

In September, Chin said he had long decided to speak the truth about his role when the time was right. He said on the stand then that it was while in jail that Spencer told him about the magnitude of the infamous energy-saving programme.

"When I asked what it was about, he (Spencer) enlightened me on the situation," Chin told the court.

The trial swings into another week beginning tomorrow, at which time, barring objections from defence counsel, recordings of conversations between Chin, Spencer and Shakes will be played in court.

Llewellyn has said she intends to lead Chin to the place where she will seek to put the recordings into evidence, then interpose Linton to speak to the authenticity of the material.

After the recordings are played, Llewellyn says she intends to return Chin to the stand to complete evidence in chief before handing him over to defence counsel.

Kern Spencer and co-accused Coleen Wright scramble to catch a folder at the Half-Way Tree Resident Magistrate's Court on Tuesday. The two are facing corruption charges in the Cuban light-bulb scandal. Their attorney, K.D. Knight, is in the background. - Ricardo Makyn/Staff Photographer