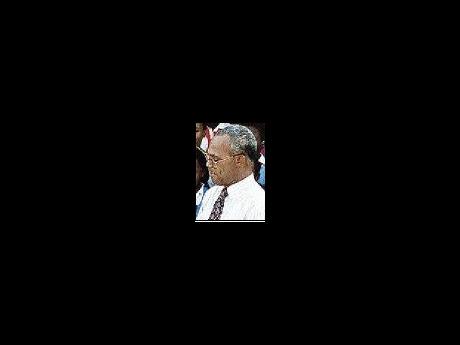 The local cricket fraternity is today mourning the loss of former national batsman Gladstone Robinson who died on Friday at the University of the West Indies Hospital after a long battle with lung cancer. He was 66.

Remembered as one of the country's best-ever schoolboy cricketers, Robinson represented Jamaica in three regional first-class matches between 1963 and 1965 before giving up the sport in his early 20s to pursue professional ambitions.

His last match for Jamaica was against touring Australia at Sabina Park when he made a career-best 53.

"As captain of Jamaica's touring All-Schools and Colts team, he was outstanding, and had his job not interfered with his cricket, he would have probably gone on further as he had the skills to do it. He was an excellent offside player," said former Jamaican batsman Easton McMorris, who along with others such as Teddy Griffith, Maurice Foster and Renford Pinnock, played with Robinson.

He also served as assistant treasurer of the Jamaica Cricket Association.

"Every time I remember him, I think of people like Clive Wynter of Wolmer's, Merrick Miller of KC, Milton Wisdom of Excelsior, Robert Samuels of KC, who were all outstanding schoolboy cricketers. He was certainly one of the finest young batsmen I have ever seen," said veteran journalist Tony Becca.

His funeral is being planned for next weekend.