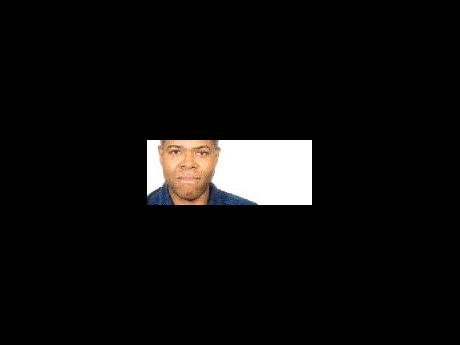 The December 26, 2009 edition of The Gleaner reported that the police were planning to adopt a zero-tolerance approach to drivers and passengers who don't use seat belts and motorcyclists who don't wear helmets. We've all heard that before. The last time was when then Deputy Commissioner of Police Mark Shields, angered and frustrated by 'hits' (contract killings) being carried out by gunmen making quick getaways on high-performance bikes, vowed to crack down on the helmet laws in the hope of keeping a tight rein on bike riders.

Well, I paid very close attention to see how that played out on the roads and nothing, nada, zip, zilch, zero changed. Most motorbike riders (I estimate 95-98 per cent) still do not wear safety helmets. A few smart-alecks display their helmets on their handlebars, on the gas tank or strapped to the rear of their seats. And, even on the rare occasion that the rider wears a helmet, the pillion rider or child in front of the operator (which is illegal) wears nothing even though, because of head injury, motorcyclists are seven times more likely to die in a crash than motorists.

As for seat belts, I began wearing them many years before the law insisted that we do so, because they had saved the lives of several friends, here and abroad. In the event of a collision, if a small unrestrained child (even three years old) is propelled towards the front of the vehicle from the back seat, no human being, no matter how strong, will be able to hold back that child because the force exerted by that child's body would equate to someone trying to hold back a fully grown adult male gorilla - about 180kg (400lb).

More than 300 years ago (in 1686), Sir Isaac Newton described the laws of nature that apply to objects in motion. Newton's first law states that an object will remain at rest or in straight-line motion unless acted upon by an external force. The second law states that the force on an object is a product of its mass and acceleration (or deceleration). The third law states that for every action, there is an equal and opposite reaction. Without restraint or protection in a crash, our bodies will be subject to extremely serious or even fatal injury because all three laws apply under those circumstances.

Knowing this, I remain mystified and amazed by people who drive unrestrained and/or with children free to move around in the vehicle. I am also extremely confused by the practice of insisting that people in the cab of pickups be belted yet allowing passengers in the rear (oftentimes with goods) to travel unrestrained, and sometimes so crowded that people perch on the sides.

And cops should wear seat belts too. When they drive unrestrained not only do they endanger their lives, but they also send the wrong message to the citizens. Newton's laws apply to them too!

The recent fatal crash in Goshen, St Elizabeth, where a police constable died and another was in critical condition with head and chest injuries is proof of this. The vehicle had no airbags and, without restraint, that steering wheel column acted like a battering ram travelling at between 100 to 160kph (or more) - killing the driver.

Our roads are fast becoming chaotic - many drivers are making their own rules, resulting in hundreds of deaths annually. Zero tolerance is needed but it must be fair, applied to other breaches of the traffic laws but most of all - it must be sustained.

Garth A. Rattray is a medical doctor with a family practice. Feedback may be sent to garthrattray@gmail.com or columns@gleanerjm.com .

And cops should wear seat belts too ... Newton's laws apply to them too!