Evangelist delivers on promise to children 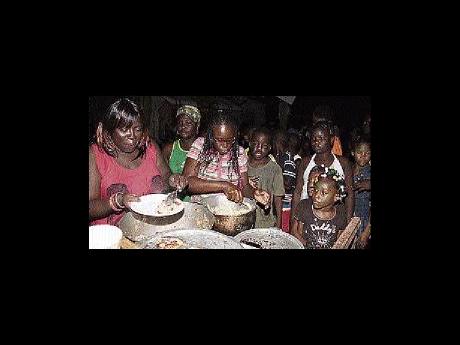 Popular Gregory Park evangelist, Yvette Mckenzie-Blake, delivered on her promise to over 250 children with a grand New Year's treat at the home of Lola Walker at Cottage Drive in Gregory Park on Saturday, January 2.

McKenzie-Blake not only fêted the children, but also treated about 60 elderly people in the community.

One woman told The Gleaner that the annual event is the "talk of the community".

Mckenzie-Blake said staging this year's event was challenging but she was not going to disappoint the children.

"The children always look forward to this treat so we worked really hard for it to be a success," the evangelist said.

She added: "I usually handle it by myself, but because of the recession I had to hit the streets, to get donations and contributions from my community.

"We got over 300 gifts, some for the elderly people, and all of the gifts are finished. I now need to get some more gifts to give to children who didn't get during the treat."

The children were given food, and toys, while some got their faces painted. They were entertained with popular music from a local sound system.

Inspector Collier, who has a strong background in police-community relations, said that the treat was "very good", and bridged a gap between the young people of Gregory Park and the police.

"We came out to give support for this treat, by giving ice-cream and giving a helping hand. This will allow the children to see another side of the police; that we don't only chase criminals and lock up people, but we can interact with people," she said.