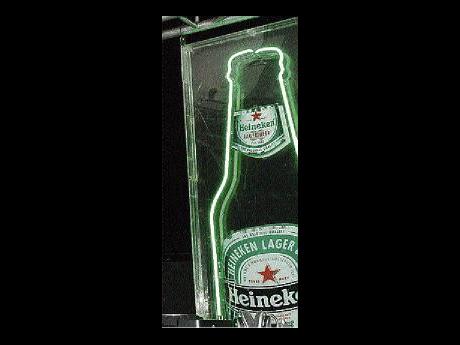 Dutch brewer Heineken NV said Monday it will buy the beer-making operations of Mexico's Femsa in an all-share deal that values the maker of Dos Equis, Tecate and Sol beers at US$5.5 billion, excluding debt.

Including debt, which Heineken will assume, the deal is valued at US$7.6 billion.

The buy increases Amsterdam, Netherlands-based Heineken's presence in growth markets and cements its position as the world's second-largest brewer by sales.

It also continues a decade-long trend toward concentration among the biggest players in the global beer market.

Femsa Cerveza brands have a 43 per cent market share in Mexico and a 9.0 per cent share in Brazil - two of the world's top four most profitable beer markets, and both still fast-growing.

Femsa's Tecate and Dos Equis brands are also significant players in the US imported beer market, where Heineken vies with Grupo Modelo's Corona.

"This is a really good deal for Heineken, for our position in the Americas," said Heineken Chief Executive Officer Jean-Francois van Boxmeer on a conference call. "As a worldwide brewer this was a (region) where we perhaps were weaker."

Analysts welcomed the buy as a pleasant surprise, given that many had expected SABMiller PLC - now the world's third largest brewer by sales behind Anheuser-Busch InBev SA and Heineken - to win the race for Femsa.

Analyst Kris Kippers of Petercam Bank praised the deal as a "a great acquisition for Heineken" because Femsa was one of the few remaining large independent brewers in growth markets - and Heineken didn't overpay. Heineken now has 40 per cent of its operations in developing markets, up from 32 per cent.

"In the context of the reconfiguration of the global brewing landscape, scale and geographic diversification are more important than ever," said Femsa CEO Jose Antonio Fernandez Carbajal on Monday.

"This transaction responds to that imperative."

Heineken said it expects the deal to close in the second quarter, pending approval from regulators and shareholders.

Heineken's unusual holding structure allows descendants of the Heineken family to control Heineken NV, and the company said Monday they have agreed to the deal. A trust holding 39 per cent of Femsa shares has also agreed, Heineken said.

Heineken forecasts cost savings from combining the companies' operations will amount to €150 million per year by 2013. It said the acquisition will begin adding to Heineken's per-share earnings "after two years".

Analyst Kippers estimated the combined company is currently valued at 12 times its 2010 earnings, compared with an industry average of around 15 times.