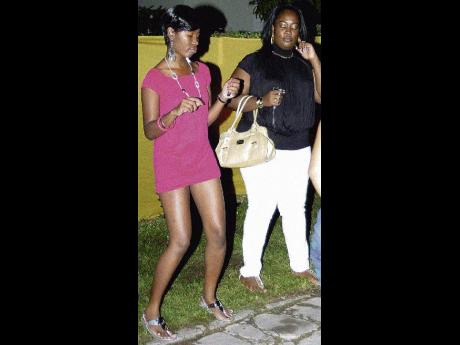 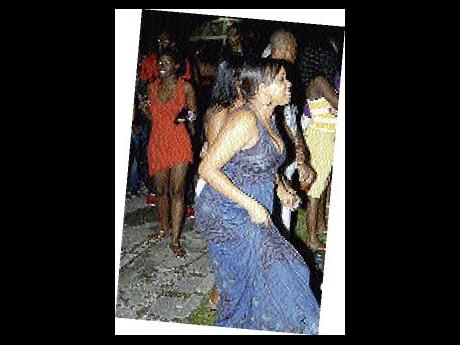 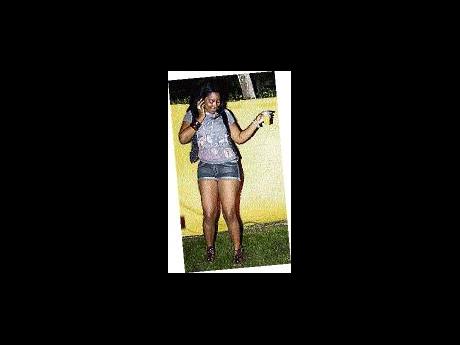 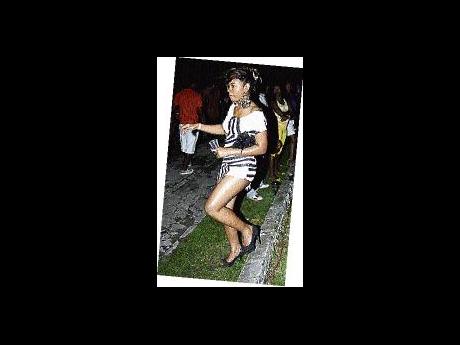 The rain and cold winds could not stop this woman from partying. - Photos by Winston Sill/Freelance Photographer

When the rain started on Sunday evening, while most were snuggled up at home, a number of persons turned out to enjoy 'Sunset Bliss' which kicked into overdrive on Chester Avenue, in Barbican, as persons began 'daggerin' in the rain'.

With ladies free before 5 p.m. and mixed drinks inclusive, Sunset Bliss had the stage set for a good time last Sunday evening. A predominantly female party, women and the few men scattered around the venue, were having fun from early out as a dancing mood was set for the night by ZJ Liquid, Johnny Kool and Razz and Biggy. When The Gleaner arrived at the party, persons were spread around the lawn dancing to songs such as Kartel's Seductive Wine, Vegas' Hot Wuk and Tony Matterhorn's Dutty Wine.

Groups of females seemed to be having fun dancing with each other and by themselves as some men watched while the daring few joined in. One couple got overly adventurous as the man grabbed his partner, spinning her in the air and wining on the grass as persons flocked around them, cheering and laughing. One of the few drawbacks of the dance was the volume level of the music, which was turned down as it drew closer to the scheduled 10 p.m. lock off time.

Johnny Kool brought a brief 'bad man vibe' with songs from Vybz Kartel before Liquid had patrons jumping up and down to rock hits such as Bad Romance from Lady Gaga. Liquid soon moved into new songs such as Stephen McGregor's Cyaan Friend Again which he pulled up several times to forwards before going into Mavado's Can't Tek We Life.

Throughout the night, more and more patrons entered the party including the DASECA crew, Big Ship crew, Tony Matterhorn, Craig Jackson and others. Serani's Skip to Ma Luu had the whole crowd dancing across the lawn and, as the rain started to fall, some hid under the shelter of a tent provided, while others started 'brukking out' even more. When The Gleaner left minutes to 10 p.m. no one was ready to leave, enjoying the high energy vibe of Sunset Bliss.

This patron held her dress as she stood on the wet lawns at Sunset Bliss party, held at Chester Avenue, Barbican, on Sunday night.

A phone conversation could not stop her from partying.

In addition to the partying, the event had patrons taking advantage of the all-inclusive special.