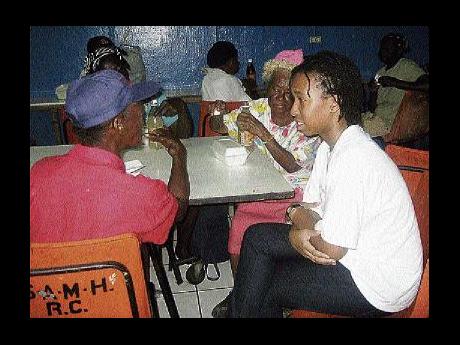 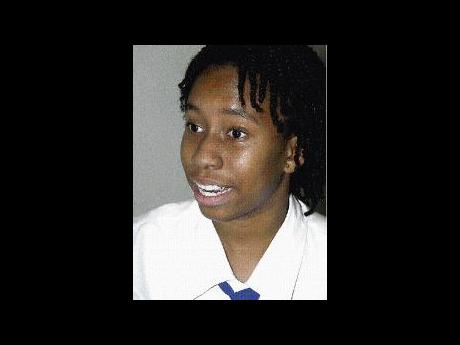 After feeding them, Krystal Reynolds speaks to the homeless at the Salvation Army in downtown Kingston on Christmas Day. - Contributed

While many thought about what they wanted for Christmas, Krystal Reynolds asked her parents to save the money they would have spent on her and feed the poor instead.

Fifteen-year-old Reynolds, a fourth-form student at Immaculate Conception High, got up at 5:45 a.m. on December 22 to prepare a Christmas feast for the homeless at the Salvation Army in downtown Kingston.

"It just breaks my heart," she said.

Inspired by Daphne, a woman in the Salvation Army's cafeteria, Reynolds said she decided to help people.

Daphne's house burned down in April and she has been living on the street since.

"Daphne's been trying to go to Coronation Market every Saturday to get something to eat, and I wanted to cry."

By 10 a.m., three days before Christmas, Reynolds had brownies, curry chicken with rice and vegetables, and sodas ready to take to the Salvation Army.

"Luckily, we had the exact amount," she said.

They had enough to feed 30 persons who were there.

With food packaged and ready to be served, Reynolds met with Captain John Williamson at the Salvation Army headquarters on Waterloo Road and together, they travelled to the other Salvation Army office on Peters Lane.

"Hearing them say, 'Me first, me first,' was the saddest thing," said Reynolds

Though there were many persons knocking to be let in, the Salvation Army happened to be closed on Christmas Day.

Eventually, Reynolds was allowed in to serve the homeless who showed up that day.

"Persons were complaining," she said. "They said, 'We really want to eat now', and I almost started crying. They weren't supposed to get any food that day, but luckily, we were there for them to have something to eat."

Reynolds has plans to go to sixth form, after which she hopes to study overseas and help persons who are in need.