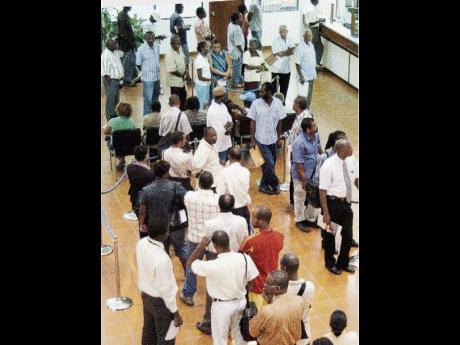 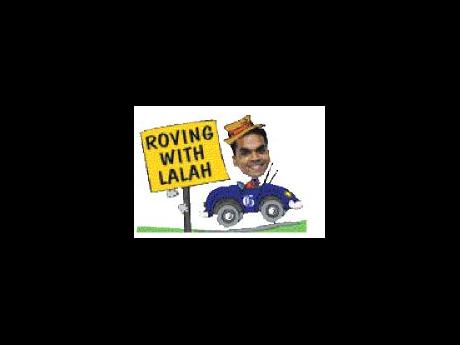 I had been standing at the same spot for more than 10 minutes and was on the verge of blowing a major fuse when the cashier yelled: "Next in line!" We all inched forward.

I was one of about 15 persons in line at one of those bill-payment places in Liguanea, St Andrew. It was a tiny place, so those of us in line were getting to know each other a bit too well, if you ask me. But, it was the end of the month and necessity, as well as the risk of losing access to major utilities kept us all from walking out.

It seemed things were a bit more hectic that day than normal and, as luck would have it, one of the computers needed to process transactions went out. So, the 15 or so of us were all waiting to be called by one of only two heavily burdened and increasingly grumpy cashiers. Those in line, however, showed little sympathy to the women behind the counter.

"Ah wah do dem people, yah man? How dem fi only have two people ah work and dem see big crowd? Dem nuh know seh ah end a month now?" yelled one woman standing two places ahead of me. It had been mostly quiet before that, save for the intermittent hiss or slap of the forehead. The woman's exclamation though, set off a chain reaction that went on for a while. It was the lanky man behind me who first spoke up.

"I call this disrespect! I am disrespected today! I come here to pay my bills and have to stand up here like an idiot!" the man yelled.

He was an older fellow with greying hair who wore spectacles with thick lenses. His sudden outburst caused a few in line to chuckle, particularly because he had been so quiet before.

A woman's cell phone rang to the tune of Old McDonald Had a Farm. I looked behind me to see a short but heavy woman retrieve her tiny phone from a huge red bag. She had a tattoo in the shape of a heart on the side of her neck and wore gold earrings in the shape of grapes.

"Next in line!" said one of them. We inched forward again.

The front door opened and a man poked his head inside. "Eh eh! Mi nah join deh line deh," the man said before he closed the door and disappeared.

It was getting warm inside the cramped quarters of that bill-payment place and I was getting increasingly annoyed. I decided I would lend my voice to the next outburst, so I waited impatiently for someone to start it.

"Never again!" yelled one woman. "True, man. Never again!" I yelled, without really thinking. Silence. Everyone turned to look at me. To be honest, I had expected more people to speak up when I did but now I was the centre of attention, my plan having failed. My face turned red and I pretended to have been getting a call to avoid making eye contact with anyone. As I fiddled with my phone, a cashier called out: "Next customer!" We inched forward.

I was now only two places away from the front of the line. The Promised Land was now well within reach. One of the cashiers, who had only just finished dealing with a customer, leaned back in her chair and stretched her arms above her head, I assume, to relieve a bit of the stress of the day. This didn't go over well with the waiting mob.

"Yuh stretching? Yuh stretching and yuh see all of us here waiting? You're out of order!" yelled one woman. A few others nodded in agreement. The poor cashier seemed confused and dejectedly called for the next customer. We all inched forward. I was now on the verge of making it out of that wretched place, once and for all. It seemed much longer but it must have been less than five minutes later that I heard those three glorious words: "Next in line!" It was truly a great moment in my life when I walked up to the cashier. I felt like I was being called to accept an award. The cashier, though, was less excited by the whole affair and mechanically went through the paces of dealing with my transaction. In no time it was over and she yelled, again, for the next customer. I must admit that though it was great being able to leave that place, I hardly wanted to give up my spot at the head of the pack. I mean, I had been anticipating that moment ever since I stepped foot in that building and now it was all over. Nevertheless, I strutted, though slowly, out of that building with my head held high, giving one final glance at the sorry bunch still awaiting their shot at salvation. They, in turn, regarded me with great disdain as I walked away.