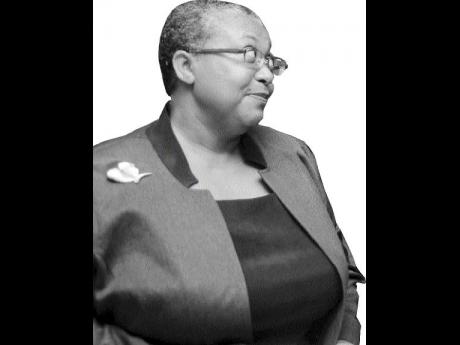 The Jamaica Stock Exchange (JSE) has amended its rules to no longer require news-paper publication of a prospectus as precursor to listing shares, that could cut a million dollars or more off the bill to launch an initial public offering (IPO).

Listing candidates, how-ever, must still produce prospectuses outlining de-tails of the offer and financial status of the company, which will be available to prospective investors on the JSE website.

The first to benefit from the amendment to JSE Rule 403 was Barita Investments Limited, whose December IPO raised $400 million, and whose preference and ordinary stocks will be listed on the exchange Thursday, January 14.

JSE General Manager Marlene Street-Forrest says the rule change, which permits distribution of a 'shelf' or limited version prospectus, with the full version posted on the JSE website, will cost companies about $200,000, to be paid to the JSE.

The JSE listed on its own exchange in a redeemable variable rate preference share offering in May 2008. Its 96-page tabloid-size prospectus then cost more than a million dollars.

"Our lead broker informed us that the cheapest quotation received was $1.3 million. The cost attached to posting the prospectus on the JSE website will be a maximum $200,000," she said.

Wednesday Business checks indicate that the cost of an eight-page publication across news-papers now ranges from $440,000 up to $1.7 million, depending on placement and day of publication.

Before the rule change, companies were required to publish their prospectus or approved statement in a daily newspaper seven to 14 days before the offer of shares opened to subscription, with sufficient copies to supply the public and the stock exchange.

Now the rule states that "publication must be effected by uploading the document to the JSE website and by inserting a notice in a national newspaper in daily circulation in Jamaica, indicating that the relevant prospectus is available on the JSE website".

The press notice must also indicate where copies of the prospectus, and any documents referred in it, are available for public inspection.

According to Street-Forrest, the principal reasons for the change were the high cost of preparing and printing prospectuses, as well as appeals from companies to bring down the cost of IPOs.

"In looking at the matter, the JSE realised that this aspect of our rules might be considered inimical to the growth and development of the market, or may be an unnecessary barrier for companies choosing to raise capital via the stock market," said the JSE boss.

"Publishing the prospectus remains a viable marketing and information dissemination option for any new prospect. However, especially for potentially less-technologically savvy investors, the change should assist in lowering the cost associated with listing of new companies."

Other costs associated with an IPO are marketing, legal fees, brokerage and accounting charges which differ, depending on the complexity of the individual listings, while challenges include the readiness of audited financial statements.

"The financial statements of many potential companies are not up-to-date. As you are aware, this is a requirement for listing," Street-Forrest said.

"Another factor is still the fear of having other shareholders as part of the company. This is especially true for family-owned businesses whose members feel that they will lose control of their companies."

Part of the JSE's outreach to companies over time has been the message that listing does not result in a loss of control.

JSE Rule 402, said the GM, requires that there be a minimum of 100 shareholders holding not less than 20 per cent of the issued share capital of the company.

Since 2007, the JSE has had 12 new listings - including the pioneering junior market IPO by Access Financial Services Limited - and five delistings and sus-pensions, bringing the complement to 38 ordinary and 16 preference stocks. Seven of the companies with ordinary listings also have preference shares that trade on the exchange.

"We expect to see many more listings on the junior market, given the tremendous benefits that are available to small and medium sized companies, which raise capital via IPO and list on this market," said Street-Forrest.