How to make a modern empire 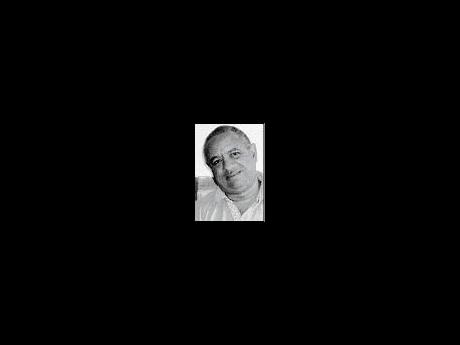 IT'S TIME to critically analyse foreign debt. Somebody must, since our leaders haven't the vision to see what's happening right in their faces. First, some basics. In 2007, our gross domestic product (GDP) was US$12.9 billion, 61.7 per cent of which represented services; 32.6 per cent industry (including tourism); agriculture 5.7 per cent. Simultaneously, the budget deficit was four per cent of GDP. In that same year, we exported US$2.2 billion of goods and imported US$5.8 billion (negative trade and services balance of 24.2 per cent of GDP).

In 2008, GDP declined by 0.4 per cent; the budget deficit grew to 6.7 per cent; exports increased marginally to US$2.3B; imports ballooned to US$7.2B; and our trade-and-services negative balance grew to 31.8 per cent of GDP. In simple language, our solutions to the blighted inheritance of deficits included 'producing' less, exporting about the same, while spending more abroad (imports) and at home.

So, exactly what's going on here? Our governments squeeze from us every tax dollar they'll never collect in order to impress the IMF that we deserve its blessing to borrow from multinationals. But we've been warned by prophetic lyricist Keith Anderson (aka, Bob Andy):

I've made a discovery

I want to share it with you I'll have you

know that it's true

that the rise in the price

is to make more money

for who's got plenty.

And the trick of the trade

The opposition spokesman on finance asked (tongue-in-cheek?) for the economic plan intended as the context within which the new taxes were imposed. But he knows the plan. It's to so impress the foreign lenders that they'll lend more. He did it for years, travelling the world, seeking loans then returning home to trumpet his latest borrowing 'coup'.

Productivity not an option

The plan, as it has always been, is to borrow our way out of economic distress. Production, obviously, isn't an option. But is this plan ours alone? What of the lenders? What's their plan? Have you noticed that whenever we borrow vast sums for infrastructural monstrosities (like toll roads or multi-purpose stadia), these funds end up paid to foreign contractors? If it weren't for our hard-working extortionists, Jamaicans wouldn't see a penny of these funds. And, after grand political announcements, the final structures are useless to the majority of Jamaicans. What use is a toll road to a small farmer who can't even get to the main road from his farm due to the abysmal condition of feeder roads where they exist? To the captive Portmore resident, it is but a tool of official extortion.

It's time our leaders remove the blinders and see. Our foreign debt is a anti-developmental tool used by financial imperialists to create economic empires under the guise of offering aid to Third World countries, while in reality diverting funds into the pockets of their corporate friends who, in return, make large campaign and other contributions back home. And they'll do anything, including corrupting local politicians and technocrats, to achieve these ends. In extreme cases, even assassinations aren't ruled out if they don't have their way. Remember Omar Torrijos Herrera, President of Panama, who was determined to obtain full Panamanian sovereignty over the canal until his plane mysteriously blew up in mid-air in 1981? What happened to Jaime Roldós Aguilera, the reform-minded president of Ecuador for less than two years before perishing in another mysterious plane crash in 1981? Is Hugo Chávez next?

So, the New Empire is economic. Roman or British-style veni, vidi, vici, is passé. The new rulers simply call in the chips when needed. Force nations to sell their resources cheaply; vote my way at the United Nations, regardless of principle; send troops to Iraq.

Ever wonder why the bauxite companies felt so betrayed by the bauxite levy in the 1970s? Or why we presold our bauxite below market rates in the 2000s? What did we do so wrong in the 1970s to earn conservative America's wrath beyond trying self-reliance too loudly? Was this too dangerous to the rulers of the new economic empire?

Now, here we are again, in 2010, bowing and scraping at the feet of multinationals, begging them to do what they want to do anyway. We're bending over backwards to impress the Lord Almighty IMF when, with a little vision, we would see that the IMF will lend us regardless. But should we want to borrow? Why? And, when we get the seal of approval, what'll we use it for? Who will benefit? And, when Caesar calls for his pound of flesh, will we give it to him?