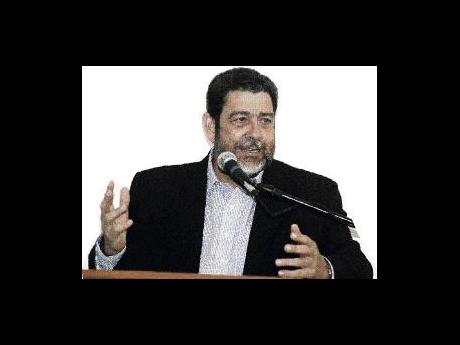 Prime Minister Dr Ralph Gonsalves has removed two ministers from his Cabinet in a minor reshuffle that political observers say is designed to re-energise his administration ahead of a general election that could be held later this year.

In a nationwide radio and television broadcast on Monday night, Gonsalves said that Housing, Lands, Human Settlement and Local Govern-ment Minister Julian Francis and the Minister of State in the Prime Minister's Office Conrad Sayers, would be demitting office as of Friday when the new changes take effect.

He said attorney and former beauty queen, Michelle Fife, would become the parliamentary secretary in the Office of the Prime Minister.

Gonsalves said that while Richard Francis would retain his senate seat, he would nonetheless focus "full time on his calling as general secretary of the Unity Labour Party (ULP) at which he excels".

But the prime minister said he would be replaced in his ministerial portfolio by Saboto Caesar, who previously served as a minister of state in the Ministry of Agriculture.

"I thank Conrad Sayers, Julian Francis and Richard Williams for their immense contributions to our nation's development and welfare," Gonsalves said, noting also that in early March, Senator Rochelle Forde would be demitting office as deputy speaker.

He said Sayers would be named as her replacement, and that a new senator would be appointed to a position within the government.

"That person has already been identified and has agreed to serve, but has requested some time to wind down certain business operations," Gonsalves said.

In the last general election held on December 7, 2005, the ULP won 12 seats compared to three for the main opposition New Demo-cratic Party (NDP).