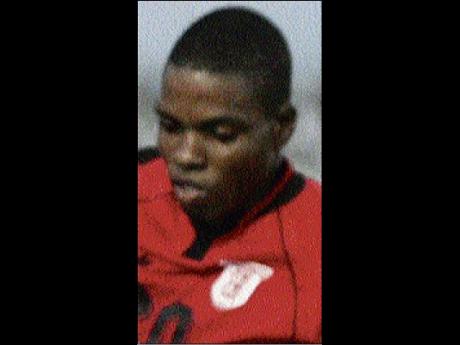 The turmoil that currently exists at the Arnett Gardens Football Club worsened yesterday when tragedy struck during a training session at the Little Copa Beach in Bull Bay.

The team's 19-year-old defender, Nico Collins, developed breathing complications and was rushed to the Kingston Public Hospital, where he died while undergoing surgery.

On Monday, former player/coach Fabian Davis resigned from his post as a member of the club's coaching panel. Davis lashed out at the club's management for unprofessional conduct in dealing with its various problems.

On the back of that issue, the club's president, Patrick Roberts, is now also finding it hard to come to grips with Collins' death.

"It is a shock; no one envisioned that such a tragedy would have struck. There is no way he showed any sign of sickness this morning while doing his drills, and for this sudden death, it is hard on us to really come to grips," said Roberts.

"He is a major player in the senior squad. He is still under 21 so, while he is a senior player, he also plays in the under-21 competition. It is not the first time he has had that seizure problem after training and after games but it has never been that drastic," Roberts went on to explain.

Arnett's goalkeeper, Julian McLeish, who was talking to Collins just before he collapsed and was giving him words of encouragement, is still in shock.

"I was talking to him and telling him that last season when we were in the top six, 'you were one of the best defenders, you were outstanding'. He plays with heart, him no back talk; if you say anything to him, him just smile. So this morning when I told him he needs to step up, he looked at me and he said 'Rammy, just give me a pair of boots and I will step up'. Shortly after that, we see him collapse and then we got the news he passed away," said McLeish.

"He loves the game. So much so that probably he hid the sickness because he was afraid someone would tell him to take a break. I went down to the hospital and I moved the sheet and looked at him and he looked like he was just sleeping. So I called him, 'Nico, Nico, Nico', but he did not respond. I left his mother down there in tears. The rest of the players can't even talk," Arnett's captain said.

Nico is the second player from the Arnett Gardens' team to have fallen ill in the space of three days, as Rohan Reid had to be rushed to hospital on Sunday after the team's league encounter against Harbour View.

After reaching home, Reid complained about having a severe headache and was taken to the hospital by his family, where he underwent a brain scan and fluid was drawn from his back.

The doctors reportedly said Reid was one of the luckiest persons they had seen. He was discharged around midday Monday, while doctors analyse test results.