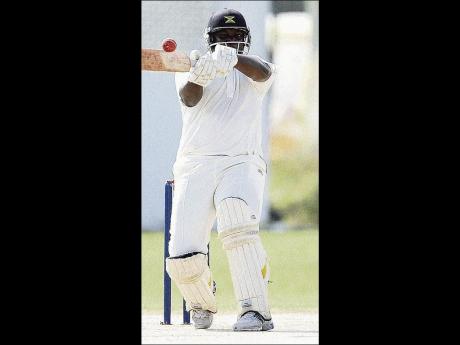 Electing to bat in a match reduced to 42 overs per side at Hagley Oval, West Indies U19s posted 187 for nine off their quota and Ireland U19s suffered a dramatic late collapse to be bowled out for 183 in 41.3 overs.

Perfectly poised for victory at 179 for five in the 39th over, the young Irish side incredibly lost their last five wickets for the addition of just four runs, tormented by two run-outs and Warrican's decisive three-wicket blitz.

Ireland's U19s had recovered from an unsteady start when pacers Nicholson Gordon and Keon Joseph removed their two openers within the first two overs.

James Shannon (83) and Ben Ackland (32) rallied Ireland with an 87-run fourth-wicket stand and they were cruising - with a mere nine runs to win from 19 balls - when the resilient young Caribbean side pulled off the astonishing result in their last warm-up match before Friday's start of the ICC Under-19 World Cup.

Earlier, West Indies had lost top opener Kraigg Brathwaite without scoring in the fourth over, but Lewis and Trevon Griffith steadied the innings with a 58-run second-wicket stand. Griffith hit 34 off 52 balls with four boundaries and Lewis followed up his 41 in their loss to Australia on Monday with a slow but useful knock, getting 32 with two boundaries.

Wicket-keeper/batsman Shane Dowrich top-scored with 37 off 42 balls and Blackwood smashed an attacking 32 off 22 balls with two fours and two sixes. Blackwood and Dowrich added an important 49 for the seventh wicket.

Two of the Caribbean side's first-round opponents - Pakistan and Papua New Guinea - suffered losses and Bangladesh, their third opponents in the group phase, recorded an upset win over Australia.

Bangladesh defeated the defending champions by 20 runs at Elmwood Park.