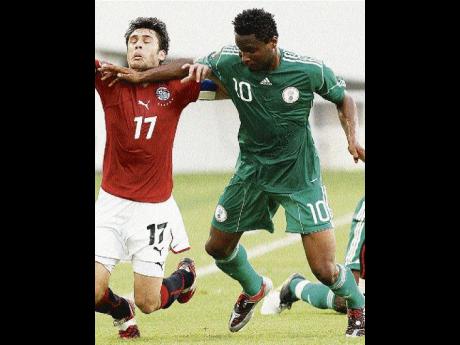 A separatist leader warned yesterday that rebels could launch more attacks during the African Cup of Nations tournament but added that only Angolan soldiers would be targeted, not athletes or fans.

Three people were killed and eight were wounded Friday during an attack on the Togolese national team bus as it travelled with an Angolan escort to the continent-wide football tournament.

The Front for the Liberation of the Enclave of Cabinda, an Angolan separatist group, has claimed responsibility for the attack.

"Cabinda is at war, there is no truce," Rodrigues Mingas, the group's self-proclaimed leader, told The Associated Press by telephone, referring to the area in Angola where the bus was attacked.

Mingas says the separatists were only targeting soldiers guarding the bus but added that his men would continue to attack Angolan forces - even those providing security at the stadium in Cabinda, where three more African Cup games are to be played.

"War is war," Mingas said yesterday, but he insisted that fans, players and foreigners would not be targeted.

"Our goal is not to kill foreigners and Togolese who have nothing to do with this," he said. "We are battling the Angolan military."

He said the attack was not aimed at the Togolese team or the tournament itself.

"You know the insurgents don't have a crystal ball ... it was routine," he said. "With binoculars they looked and said, 'Look there are some Angolan troops over there, let's ambush them'."

Mingas has spoken to Western media over the past days from a French mobile phone although his whereabouts are unclear. French authorities were looking into whether he was in France, a day after he spoke with state-backed France-Info radio.

Africa expert Alex Vines at the Chatham House think tank in London said there is a "proliferation of splinter groups" in Cabinda without a common approach.

In recent years they have been breaking up into "smaller and smaller cells which are pretty autonomous." He said such groups may have only a few hundred troops using hit-and-run tactics.

The next game in Cabinda comes Friday when Cte d'Ivoire play Ghana, a clash of teams with many players from Europe's richest leagues.

Authorities have arrested two suspects in the restive Cabinda region but Mingas said those were civilians, not his men. He said 15 separatists were involved in the attack on the bus and one was injured.

He said Angolan authorities made the arrests "to reduce the pressure" on them and to show that the Angolan government was taking action. The bus attack had drawn headlines around the world.

Meanwhile, Egypt made a perfect start in its quest for an unprecedented third successive title by beating World Cup qualifiers Nigeria 3-1, while Benin and Mozambique drew 2-2 yesterday.

Egypt produced an impressive comeback in overturning a one-goal deficit with scores by Emad Meteab, Ahmed Hassan and Mohammed Naguy.

Having failed to qualify for the World Cup - losing to Algeria in a play-off - Egypt were minus key players but eager to impress in Angola and outclassed a stubborn Nigeria.

Egypt lead Group C with three points, Benin and Mozambique have one each, and Nigeria none.

In the other group game, Razak Omotoyossi converted a 13th-minute penalty to put Benin ahead, then Mozambique defender Khan scored into his own net in the 19th to double Benin's lead.

Lobo netted Mozambique's second tournament goal since 1998 with a header in the 29th off a corner, and Fumo equalised from 10 yards in the 55th after Djidonou needlessly came out of his area.