'For Better Or Worse' - a review 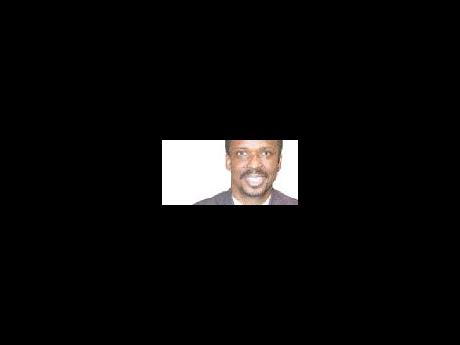 My family looks forward to watching Basil Dawkins' plays and this current play For Better Or Worse is no exception. We travelled to Little Little Theatre and we were not disappointed with this cracker of a play which my mother found entertaining and of which my adult daughter said one scene brought tears to her eyes.

Basil Dawkins, one of Jamaica's most prolific and provocative playwrights, uses a well-known phrase within the marriage vows 'for better, for worse' to demonstrate the temptations faced by married couples in these financially stressful times. Whereas, in Basil's last play Which Way Is Out, he examined the temptation of illegality, this one could be said to examine the temptation of immorality. Basil seems to enjoy exploring Christian themes and values.Who can forget Feminine Justice in which God's gender was cast as feminine?

In this play, Basil tested the vow 'For better for worse' to its outer limits.He shows that this is an absolute vow which demands a Herculean task for it to be fulfilled. He chose Alfred (Christopher Daley), a professional husband, who, having lost his job, became a house husband.In playing the role of 'maama man', Daley appeared as a 'sops', but later in the play came into his own and delivered a reasonable performance, though his limits of forgiving his wife, Marcia (Sakina), would test any husband.

For Alfred to reach that climax of forgiving his wife and hopefully living with her happily ever after, he was ably assisted by Patience (Terri Salmon) who played the roles of counsellor, entrepreneur and street-smart lady. This multi-talented actress delivered an excellent performance moving from one role to the other with panache.She could be a soothing counsellor, a hustler of a businesswoman, a shrewd matchmaker and a 'sketel' when necessary.

Daley's role was heart-warming because he played not the stereotypical Jamaican man who plays no role in the life of the children.He was not the typical cheating husband.He was passionate about the welfare of his children and his love for his wife never waivered even when she was engaged in her dalliances.

However, the story is about economic hardships and its challenges to relationships.Basil was bold in mentioning the effects of Cash Plus, Olint and World Wise, unregistered financial organisations, now seen as Ponzi schemes which caused havoc on families.Because of hardships, a wife is tempted to engaged in an alliance which she would not normally consider; a landlord entered into a relationship with a tenant he did not like; a man attends funeral of people he does not know, etc.

Dawkins has scripted a scenario with which many persons can identify, given the harsh Jamaican and world economic conditions and the challenging employment environment which is today's reality for many. But as usual, Dawkins' For Better Or Worse also shines a light-beam of hope for those willing to make opportunities out of seeming hopelessness and to build new career paths out of both traditional and non-traditional situations.One of the great sayings of the play was "rise above it" which also could easily have been the title of the play.

It is a well-written play with memorable quotes and witty comments, the characters are strong, believable and were nicely developed and the ladies were excellent actresses.The director, Douglas Prout, did a good job. Ruth Hoshing as Mrs Shields did a good job also.We enjoyed this family play which gave much food for thought and great fun.

'In this play, Basil tested the vow 'For better for worse' to its outer limits.He shows that this is an absolute vow which demands a Herculean task for it to be fulfilled.'