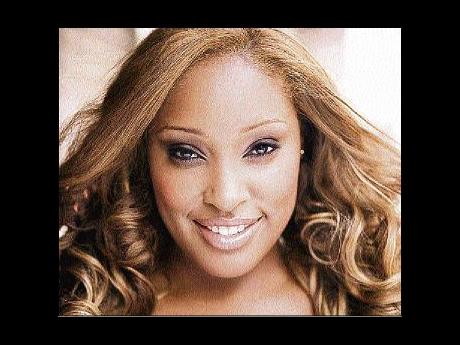 She might be based in Boston, Unites States (US), but Rochelle 'CatEyes' Farquharson is looking to take the Jamaican music scene by storm. The 23-year-old has been around music from the age of four when she began tagging along with her dad and mom, Edgiton and Michelle Farquharson, to Anchor Studios, owned by Gussie Clarke.

"I've been in the studio all my life. My dad has worked in the industry and he's worked with Beenie Man, KC and Joe Joe of Jodeci and many others. But it was at age 14 that I started writing my own music with the help of my dad, and I told him that music is what I really wanted to do," said CatEyes (who kept the nickname she was given in school).

Since then, music is exactly what she has been doing. Her latest singles It's You and Come Back Home, featuring Little Hero, have been getting airtime on local radio. And CatEyes, who is managed by Madstorm Production, is set to release her collaboration with Sizzla, Baby Baby, which is being wrapped up in the mixing labs by Dr Marshall.

"I've already done my part and we've sent it down to Dr Marshall and Sizzla," CatEyes said during a telephone interview. "I can't wait for that to be released because if Sizzla breathes on a track, it's a hit. So that is very exciting for me to have the exposure to work with Sizzla," she added.

CatEyes feels her sound will bring a new dimension and crossover appeal to reggae and dancehall, and describes her musical style as "inspired by love".

"My music is everything that I live through. It is inspired by love; it is how I feel and the music I grew up listening to - Tony Rebel, Beres (Hammond) and Garnett (Silk) - real music and from the heart," she said.

Though born stateside, CatEyes describes her music as authentically Jamaican and hopes her music will appeal to the audiences in Jamaica and the world.

"I am privileged to know both the experiences of the US and Jamaica. Even though I was born in the US, my dad made sure that I experienced Jamaica while I was growing up. I even attended school there at (Stella Maris Prep) for a few years," she pointed out.

CatEyes explains that all her rhythms are produced in Jamaica by Delroy Christie and M'Telwa and she records either in Boston at I-Hear Studio or makes the trip to the notable Anchor Recording Studios in Kingston (that studio has recorded hits like Boombastic by Shaggy, Night Nurse by Gregory Isaacs and Champion Lover by Shabba Ranks. Sly and Robbie also do much of their work there).

"I try to come to Jamaica as often as I can - maybe five or six times a year," she said.

With her single Come Back Home featuring Little Hero bubbling on the airwaves, she may make a few appearances with the stage veteran, who worked with her father a few years back.

The singer has a deep, soulful sound, with an R&B influence that she believes will go beyond the one-hit wonder formula that now pervades that music culture.