No more knee surgery ... Simpson prefers quitting track and field to going under the knife again 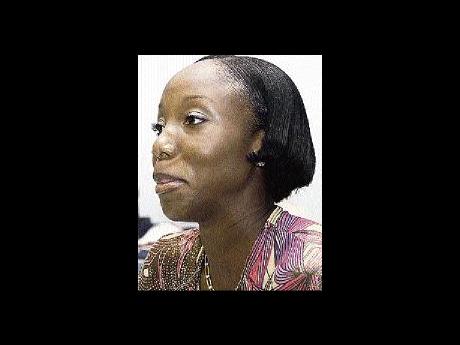 Simpson ... I don't think I could manage.

Olympic 100-metre silver medallist Sherone Simpson has her eyes set on becoming a world and Olympic champion by the time her career comes to an end.

However, as much as ambition burns hot for the 25-year-old 2006 Commonwealth Games champion, she would not hesitate to walk away from the sport if she had to endure coming back from yet another knee injury.

Simpson has had surgery on the same left knee twice in the past three years - 2006 and 2008 - and a third, she says, would be just too much.

"I don't think I could manage another surgery, especially on the same knee," she says. "It would be really hard; and to sit and watch others compete? It's a struggle. It would really take a lot for me to really consider coming back from yet another knee surgery."

The last four years have been bittersweet for the petite sprinter with the big heart from central Manchester.

Following an outstanding season in 2006 when she won the Commonwealth 200 metres title over heavy favourite Veronica Campbell-Brown, Simpson went on to dominate on the European circuit with eight of the 10 fastest times in the world in the 100 metres, and the fastest time over the 200 metres.

She underwent knee surgery at the end of that season and missed most of 2007.

In 2008, she returned to help Jamaica dominate the sprints at the Beijing Olympics, winning the silver medal in the 100 metres in 10.98 seconds.

She was running on a bad knee and opted for surgery again at the end of the season. In between the triumphs, it has been difficult.

"I turn to my mother and my siblings," she said, "when I am crying, they are the ones that I turn to."

Her mother, Vivienne Campbell, Simpson told The Gleaner, is her biggest supporter.

"She is my inspiration," she said.

At the end of last season while she was still getting her legs under her, Simpson had finished eighth in one of her races and finished fifth in another. Her mom, she said, sent her a text message encouraging her explaining that she was improving - moving up from eighth to fifth.

"It really cheers me on, knowing she is behind me," the 2004 Olympic 4x100-metre gold medallist said.

Providing she remains healthy, Simpson says she will know when the time is right to finally walk away from the sport she loves.

"There is a time and place for everything. When the time comes to stop, I can walk away, even if I am not world or Olympic champion," she said, explaining 'that time' will be when she is no longer among the top female sprinters in the world.