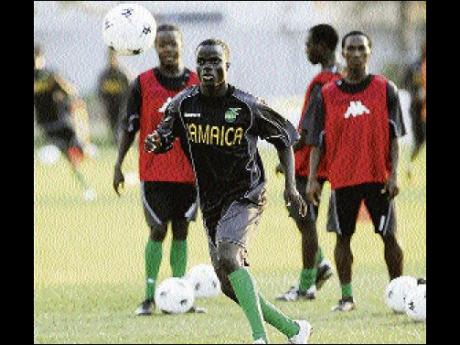 Young players who fail to make the final cut for the national team can look forward to being included in the Under-23 set-up later this year, as the Reggae Boyz continue a drive to unearth fresh talent ahead of the 2014 World Cup qualifying campaign.

Six schoolboys have been included in a 28-man squad ahead of the country's friendly against Canada at the end of the month, and while assistant coach Bradley Stewart says the players have been adjusting well, he maintains that their call-up is more in line with a mandate of rebuilding the national programme, than immediate selection.

"The good thing for a lot of these players is that we have had a chance to look at them early in the year, especially with the Under-23 programme to get underway later this year," Stewart said.

"We are currently in a rebuilding phase, it is not just about inviting high school players, there are other young players as well and we have tried to do that for the last couple of camps."

"They have adjusted well so far and they have looked good, but there is a huge difference between a player 18-19 years old and experienced players 24-25 and over," Stewart said.

"What we are hoping for right now is to give some of them exposure, build their confidence and get them used to playing football at this level," Stewart added.

The Reggae Boyz are currently preparing to face Canada on January 31, but are also expected to face South American giants Argentina away from home on February 10.