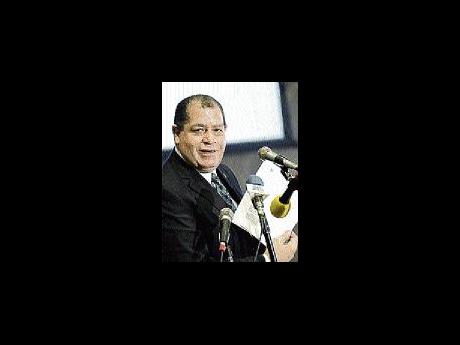 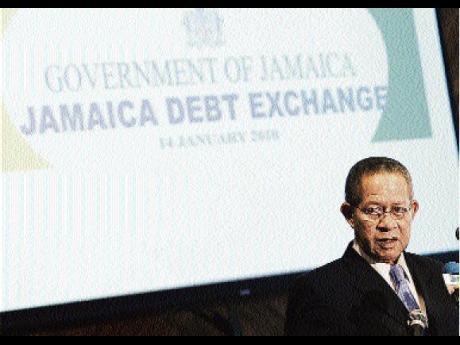 The Jamaica Debt Exchange programme, made public on Thursday, will replace 350 Government of Jamaica bonds held by financial institutions and retail investors with 24 new notes in four classes, and cut as much as 16 percentage points off the prevailing interest charges.

Three will be reissued as United States-dollar bonds and priced at 6.75 per cent to 7.25 per cent, while two will be indexed to Jamaican-dollar inflation with coupons of 2.0 to 4.25 per cent.

With the exception of four of the variable rate bonds, the new issues are non-callable. The maturity dates for the 24 issues will range from five months to 30 years.

Citifinance Limited, an affiliate of Citibank Jamaica, is listed as the sole dealer manager of the offer, which opens January 18 and closes a week later.

"The Jamaica debt exchange was developed against the background and in a framework that seeks to lower cost and extend the maturity profile of instruments," said Pamella McLaren, senior director of the debt management unit in the Ministry of Finance and the Public Service.

"The transaction is designed to achieve a substantive reduction in the cost of government debt, thereby creating fiscal space and time to consolidate the economic reform programme," she said at a briefing of bondholders at the Bank of Jamaica auditorium.

Jamaica's total debt now stands at approximately $1.33 trillion, with the domestic portion accounting for more than 50 per cent at $735.6 billion.

The exchange, which excludes Treasuries and commercial loans, will cover about $722 billion of the domestic debt.

Bondholders have until January 26 to take up the offer, but the Government is expecting full or close to full participation.

The programme, said McLaren, will substantially reduce the variable rate component of the debt which currently accounts for 54 per cent of the instruments held by investors.

The introduction of the CPI-indexed notes, she said, was long sought by the market. One matures in 12 years, the other 20.

Subscriptions to the CPI-indexed notes are capped at approximately $50 billion.

Shaw, in a statement affixed to the offer document, said the exchange would yield 12 per cent on JMD debt and 7.0 per cent on the USD bonds.

The combined issues were otherwise said to average 12.25 per cent, whereas the 350 bonds to be replaced were being serviced at above 20 per cent - reaching as high as 28.25 per cent.

"The instruments will be offered at fixed price, one for one or par for par," said McLaren.

"Fixed rate issues are on a non-callable basis. We have listened to the market and so the Government cannot call to redeem the securities anytime."

Jamaica will only finalise the exchange if the offer results in 90 per cent to 100 per cent participation from all eligible holders of the old notes.

"The Jamaica debt-exchange offer is designed simply enough to also attract retail investors," said McLaren. That group is estimated to hold about five per cent of the eligible debt.

Public bodies are said to hold another 25 per cent.

While the debt-exchange initiative is expected to have some impact on financial houses, it was noted that the plan has already gone through several stress tests and a detailed simulation exercise to assess its systemic impact.

The authorities say the impact is expected to be manageable, with supportive measures in place for those financial institutions that may need it.

The Bank of Jamaica has temporarily removed its open-market instruments of over 30 days from the market, preparatory to charting a new yield curve that will take in the new bond issues.

"... And it will stay that way until the transaction settles," said central bank Governor Brian Wynter.

The new notes are designed to be more liquid explained McLaren and will be issued in the form of a registered certificate with consideration for the bonds to be dematerialised, that is, settled electronically through the Jamaica Central Securities Depository at sometime in the future.

The invitation to participate in the take-up of the new notes will expire January 26, with a final settlement date set for February 16.

The debt swap is expected to save the country some $40 billion in domestic-debt expenditure over the next fiscal year.

Prime Minister Bruce Golding is dwarfed by the screen behind him advertising the launch of the Jamaica Debt Exchange programme at the Bank of Jamaica on Thursday. - Ricardo Makyn/Staff Photographer