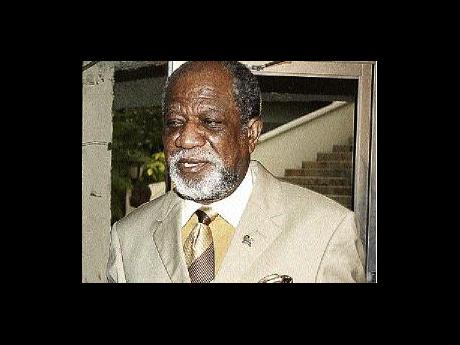 Capital and Credit Financial Group said this week that its nascent and wholly-owned Florida subsidiary Capital and Credit International Incorporated (CCII) will be collapsed into the operations of a small, American investment banking outfit, in a joint-venture deal that comes alongside a second restructuring by the Jamaican firm.

The deal with Blaylock Robert Van LLC (BRV) has not been closed, but the parties have signed a letter of intent to form a strategic alliance.

The terms of the arrangement were not disclosed, but it will see the Capital and Credit group taking what spokeswoman Michelle Wilson-Reynolds says is a minority stake in BRV, whose operations currently span four US cities - Cleveland, Ohio; New York, Oakland; California and Chicago, Illinois.

At execution of the deal, BRV will have a presence in Fort Lauderdale, Florida.

CCII is being "subsumed" into BRV, said CCFG and will operate as a unit of the self-described minority-owned business run by president Eric Van Standifer.

"We decided to go with the BRV name because of its presence and international reach," said Wilson-Reynolds, senior vice-president for group marketing and corporate affairs at CCFG.

She said the deal did not amount to the group selling off CCII, but declined to provide details on what BRV brings to the table. The company is in the business of asset management, trading, and underwriting of municipal bonds.

The disclosure of the alliance was made a day after CCFG announced that the company had just undergone a restructuring and reorganisation that has seen expansion and adjustments to the portfolios of several senior executives in new efforts to grow revenue and productivity, and improve customer service delivery.

Big changes include the creation of a corporate banking centre to replace the corporate credit unit at Capital & Credit Merchant Bank (CCMB), which will be overseen by Bank President Curtis Martin.

With that change, CCFG has cut the job held by Lloyd Wint, whose position as assistant vice-president of corporate credit was made redundant.

The centre "will take on a broader role in servicing and funding the organisation and its corporate clients," CCFG president and chairman, Ryland Campbell, said in a statement.

CCMB General Manager Moya Leiba-Barnes will have oversight of the retail division.

Senior Vice-President Rosalie Deane, whose job was business development, will now be in charge of a new unit to drive 'business strategy, process and technology'.

And Wilson-Reynolds will have product development, market research and customer experience added to her job description.

CCFG is projecting $40 million of savings per year from the changes. But the monetary value to CCFG from merging the CCII deal was not immediately clear. The company said, however, that it will gain broader access to BRV's Caribbean market as well as the company's expertise.

The merged operation will be launched by the end of March, CCFG said.

CCII was established in 2007 under a holding company, Capital and Credit Holdings Incorporated (CCH), in which ownership is split between CCFG with an 80 per cent stake, while its chief subsidiary, CCMB, controls the remaining 20 per cent.

"This BRV and CCFG alliance will result in mutual benefits accruing to both entities and will allow them to leverage their resources and expand the financial services and investment products offered to their respective clients with a more comprehensive global perspective," CCFG said in a release.

No jobs were affected in the move, but at the top of 2009, CCFG reported that 20 jobs were being cut as the financial crisis gathered steam.

The year before, CCFG had just wrapped up a scheme of reorganisation, that culminated with the delisting of CCMB from the Jamaica Stock Exchange, the listing of newly issued CCFG shares, and the issuing and listing of CCMB preference shares.

CCFG is a $44-billion company by assets with annual revenues of $5 billion to $6 billion, and a capital base of $5.7 billion. Its largest asset, CCMB, contributes 80 per cent of operating profit and more than half of group revenue.