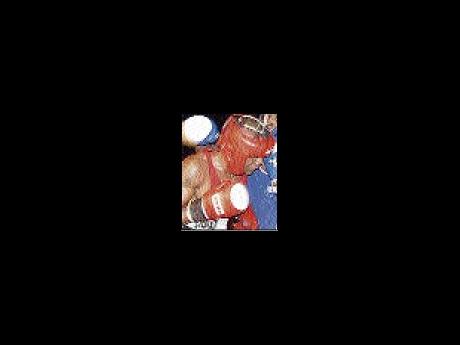 Jamaica's welterweight boxer, Sakima Mullings, will make his professional debut against Glenroy 'Bumpy' Beckford in a four-round contest at Pier One in Montego Bay tomorrow.

Mullings, a member of the Bruising Gym, located in Stony Hill, made the announcement during a press conference yesterday at the Hilton Hotel in Kingston.

"The next Olympics is two and a half years away and it does not make any sense that I just sit down wait for so long. I am getting on in age now, so I decided to get a foot in the professional ring," said the 27-year-old Mullings, who grew up the United States.

"I think that pound for pound I am one of the best fighters out there now, and I know that I am going to be the welterweight champion of the world pretty soon," said Mullings, who holds a degree in finance from the University of New Paul in New York.

Leroy Brown, general secretary of the Jamaica Boxing Board, who was the guest speaker at the function, agrees with Mullings's decision to turn pro, as he believes he is one of the best fighters out there.

"I think now is the right time for him to go because the Olympics are not until 2012, and if he is going to make it he has to move now," said Brown.

"I think that he has the talent and the skills to make it at the highest level and all he needs now is a good management team to take him forward," Brown said.

The card, dubbed 'Waterfront Fight Night', is the first in the 'Hands of Gold' series which is seeking to ensure Jamaica is well represented in the boxing arena at the 2012 London Olympics.

Also on the night's card will be a six-round professional super middleweight bout between Anthony Osbourne of St Catherine and Lloyd Smith from Westmoreland. There will also be four amateur fights on the card. Admission will $500 pre-sold and $1,000 at the gate.