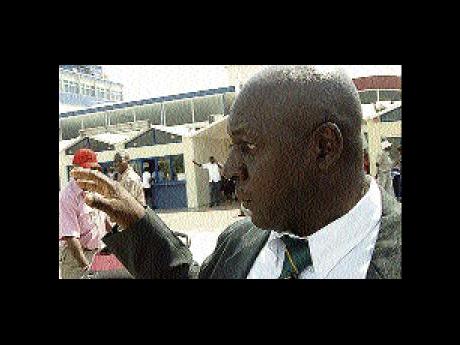 Title-holders Jamaica will look to extend their winning start while Leeward Islands will be hoping to open their account when the two teams clash in their second-round WICB First-Class Championship game which bowls off here today.

An upbeat Jamaica, still buoyant from their solid six-wicket win over the Windward Islands earlier this week, will be favourites in the encounter scheduled for Warner Park.

Boasting a squad packed with players with international experience, Jamaica will be expected to overpower the hosts, as they did the Windwards in under four days at Chedwin Park last week.

"The Leewards have a very good quality team so we're looking to play some good, consistent cricket over the next four days," Jamaica's coach Junior Bennett told CMC Sports yesterday.

"We're off to a very positive start and we hope to keep it that way. All in all, I think it is going to be a very good match, but once we play to the best of our ability I think we will be very competitive in the game."

While Jamaica trounced the Windwards to get full points, Bennett said his side would be looking to make improvements over that performance, as he was still not totally pleased with how they were playing.

He pointed to the top of the order and the new-ball attack as areas which he needed to see improved.

"I don't think we got the sort of start we wanted from our openers, and also our opening fast bowlers, so we will be looking to those areas to try and rectify it," Bennett said.

Jamaica's bowling has been strengthened by the inclusion of West Indies pacer Daren Powell, who missed the opening game because of suspension, and Bennett expects his presence to be a boost.

"He's a very experienced player and he understands the conditions there (at Warner Park). Once you come and get the ball in the right area, you will do well there," said Bennett.

Despite the Leewards' lean run in recent years and their drawn opening game against Barbados at Jarrett Park in Montego Bay earlier this week, Jamaica will be taking nothing for granted.

"They play some good cricket," Bennett said of the Leewards squad. "If you look at their opening game against Barbados, they were very competitive right throughout. They were patient also. They have a good history at home."

Leewards Islands, meanwhile, also exuded confidence, especially after their strong showing against Barbados, and manager Hugh Gore said he was proud of the side's mental strength.

"I was very pleased with our performance against Barbados. We dropped a few catches but in the end managed to come out with first innings points," Gore told CMC Sports.

"I think this is the first time in many years the Leewards have started on a very positive note, because over the years we have not been able to get the preparation we would like going into a tournament."

The Leewards have retained the same squad that travelled to Jamaica for the opening round of games.

Two other matches are scheduled for the second round of the competition. Trinidad and Tobago will oppose Guyana in the first-ever four-day first-class day/night match, featuring a pink ball. Action starts at 1 p.m. local time at the Sir Vivian Richards Cricket Ground in Antigua. Barbados will meet Combined Campuses and Colleges in the third match of the round.