'Spy Next Door' not so 'spy-cy' after all 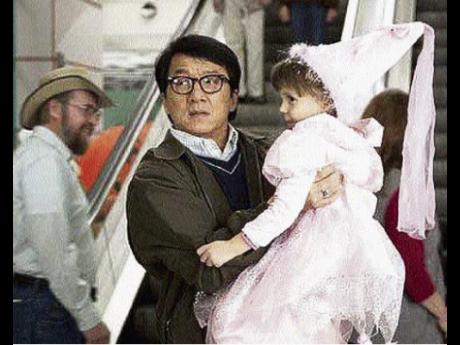 'The Spy Next Door', a Lionsgate release, is rated PG for sequences of action violence and some mild rude humour. Running time: 94 minutes. One and a half stars out of four.

Like many action stars, Jackie Chan is looking for a piece of the lucrative family market with The Spy Next Door and his upcoming The Karate Kid. Maybe he'll have some luck with the latter, a remake with some built-in appeal, because The Spy Next Door is the sort of slop to make you long for a less irritating neighbour, like Barney the Dinosaur or some Teletubbies. Maybe Jar-Jar Binks.

In fairness, Chan is no more tiresome than anyone else in The Spy Next Door, from Billy Ray Cyrus as his good old boy spy ally to George Lopez as his grinning CIA boss to Madeline Carroll, Will Shadley and Alina Foley as the supremely annoying children.

It's not nice to make fun of kids, so let's blame the young ones' obnoxiousness on director Brian Levant, who specialises in bringing out the worst in performers for family fare (Jingle All the Way, Are We There Yet?).

The screenplay credited to Jonathan Bernstein, James Greer and Gregory Poirier (Really? Three guys to write this mess?) centres on some top-secret formula accidentally downloaded by one of the children Bob's minding for his girlfriend, Gillian (Amber Valletta).

That sends the villains calling, putting Bob and his young charges on the run for their lives.

Chan's halting English made for an endearing chuckle or two in his Rush Hour movies, but here, it's just a chore to decipher what he's saying.

The language barrier is compounded by the sometimes incomprehensible mutterings from Magnus Scheving and Katherine Boecher, doing miserable Boris-and-Natasha imitations as the main Russian villains.

Odds are, given the dumb dialogue that you actually can understand, we're not missing anything when the accents obscure the lines.

This sad little movie is built entirely to set up Chan's stunt sequences as he fights with pots, pans, ladders and other found objects or hurtles stairways to chase bad guys. The action stuff is more tolerable than the jokes, but barely.

Parents, there are so many better ways to entertain your kids for an afternoon than shelling out for this. Think sock puppets and go from there.

Farren sums things up nicely at the outset of The Spy Next Door, shouting, "I hate this family!"