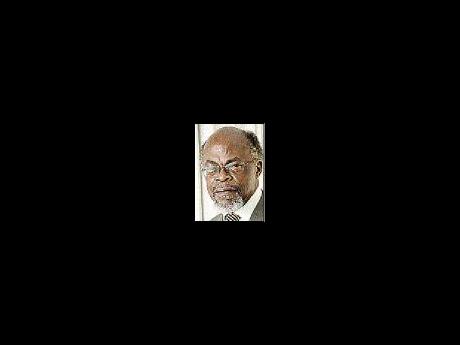 THE OFFICE of the public defender, led by attorney-at-law Earl Witter QC, has not filed an annual report to Parliament since 2006.

The disclosure was made during Thursday's meeting of the parliamentary joint select committee reviewing reports from parliamentary-appointed commissions.

Parliamentary-appointed commissions and state entities are required by law to prepare and table their annual reports within three months of the close of the year.

Committee Chairman, Marisa Dalrymple-Philibert, observed that records obtained from the clerk to the Houses of Parliament indicated that the public defender had not filed a report in three years.

"Despite several written and verbal requests from the clerk, we have not got a report," Dalrymple-Philibert said.

In an interview with The Gleaner, Witter acknowledged his office's delay in submitting the reports.

He said the reports for 2006 and 2007, submitted February last year, were later retrieved to correct statistical errors. He also said statistics for the 2008 report were being compiled at present.

"As it regards the year 2008, the report itself will speak to the reasons for the delay," Witter told The Gleaner. "In any event, they'll all be in before week's end next week," he added.

Witter also indicated that his office was experiencing several challenges, although he declined to give specifics.

"The public defender's commission of Parliament is itself aware of certain staff challenges with which I've had to wrestle over the last two years," he said.

Witter was sworn in as public defender in September 2006.